BW2: Dipping my toes in to multiple books 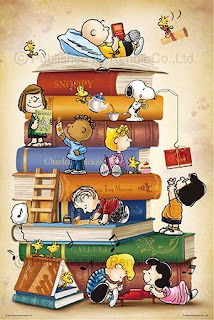 I'm letting my mood dictate what I read this year and have been dipping my toes into multiple books, this week working through Mount TBR.   Yesterday I had an epiphany while making breakfast.   I'd just finished Ivan Turgenov's The Singers in A Swim in the Pond in the Rain: in which four Russians give a Master Class in Reading, Writing and life by George Saunders.  In The Singers, the author goes into long digressions about the town, the people, etc.  right in the middle of the story.  Saunders points out that if you try to cut out any of the story, it fails as a whole. The digressions, the descriptions are important in bringing the characters to life. In making the reader care about the character and the events.

So... I'm in the midst of reading 1Q84 (my Eastern book) by Haruki Murakami and he too goes into long digressions, flashbacks in which he goes into detail about the characters past, before coming back to the present.  Marakami's writing is so very similar to Turgenov which made me appreciate Saunders take on The Singers and found it valuable.  Synchronicity. Which I had been complaining the other day was distinctly lacking in my life.  Ha!

Since it's been 10 years since I last read 1Q84, I hardly remembered any of the story, except for the climb off the expressway.  And I'd forgotten the story took place in 1984 which is why Aomame decided to call her new world 1Q84.

I'm currently on page 220 out of  925 pages and at the moment I don't care for the decisions either Tengo or Aomame have made. And their mannerisms are such that I can't decide whether it is cultural differences or shades of autism I am seeing, which may explain some things.

Books finished this week were:

Three A books:   After Dark (physical) by Haruki Murakami, Kevin Anderson and Neil Peart's Clockwork Angels (dusty/ebook), and Akwaeke Emezi's (ebook) You made a Fool of Death with Your Beauty.

Sipping from multiple non fiction books including One Year Chronological Bible, Thomas Merton's Run to the Mountain besides dipping back into A Swim in the Pond in the Rain.

On the nightstand are my B books for this week to read in between 1Q84:  Dusty ebook  - Rebecca Roanhorse's Black Sun as well as a extremely dusty physical book - Black Orchid Blues by Persia Walker which I think I'm finally in the mood to read. We'll see.

Plus James and I are listening to Ready Player One by Ernest Cline during our car trips. He's another author who over describes things.

How do I manage to read so much?  I decided to cut back on aimless scrolling through the interweb which has made a huge difference. Nor do we watch much television except for on the weekends so have always read in the evenings.

We've been culling through all our books as we clean out the garage and in anticipation of getting more bookshelves and I finding so many books I want to reread.  It's been an interesting diversion.