Hi fellow Sonic fans, we're back to review issue 29 of IDW Sonic.
This is it, THE END HAS FINALLY COME! THE ZOMBOT ARC IS OVER! YEEHAW!
Ok, before I get ahead of myself. Let's review this comic, starting with synopsis time.

Synopsis:
The issue picks up right where we left off with our heroes facing the Zombots and the giant Zavok on Angel Island. It's too late to turn back now, light is fading from Sonic's world and the final battle has begun. Is there any hope left? Can the heroes succeed and win the day?

You'll find out in just a bit.
Right now, IT'S SHOWTIME!

Sonic and his friends attack the Zombots and, guess what, Knuckles gets infected when he attacks Zombot Shadow. Yeesh, Knuckles is just as arrogant as Shadow is in this continuity. Meanwhile, with help from Metal Sonic and Silver, Sonic goes straight for the last Chaos Emerald embedded in Giant Zavok's chest. However, the first two attempts don't exactly work out as Sonic ends up falling.

On the island, there doesn't seem to be much hope left. Eggman pushes Amy into a Zombot Big as he tries to make a run for it only for a Zombot Froggy to trip him and then jump on him. Knuckles keeps fighting Shadow until he becomes a zombot himself, Tails tries to get away from Zombot Cheese and Zombot Chocola only to get infected and ends up cowering in fear al'a Sonic Forces.

With everything on the line and the fate of the world really at stake here, Sonic and Silver make one more dash to the Chaos Emerald and, despite Zavok's efforts, Sonic gets the emerald and he transforms into Super Sonic, ridding himself of the Metal Virus at last, and Silver goes super too, for the first time since the events of Sonic 06.

Where does this lead to? Does this lead to an epic battle of epic proportions, no holds barred, Super Sonic and Super Silver vs Zavok? Weeeellll, we don't get a super big battle as Zavok is defeated in about a couple seconds and one panel flat. Yep, Super Sonic made Zavok look like a joke.

Afterwards, the two super hedgehogs take the Warp Topaz and using that along with their combined super powers, they all start draining the Metal Virus out of the world and into the Warp Topaz before sending the metal goo into the sun and, just like that, the Metal Virus is no more.
On the Floating Island, as everything returns to normal, there is rejoicing and happy reunions all around. However, in the case of Shadow and Knuckles, they are confused and get more confused when they see Rouge with the Master Emerald.

But what happens to the Warp Topaz?
As Sonic and Silver work to get rid of the Metal Virus, the device becomes more unstable and the heroes have to get rid of it. And get rid of it they do*, but at a cost. Sonic vanishes! Yep, he vanishes and we end the story with Silver crashing on the island and the victorious heroes looking up at a green portal-y light in the sky above!

*Update: It turns out that the Warp Topaz wasn't destroyed yet. Ian Flynn and the crew were going to destroy it but, at the last minute, SEGA asked them to keep the Warp Topaz intact. Looks like it might return in the future, hopefully, SEGA will eventually let the Warp Topaz be destroyed. You gotta hate the mandates even though they aren't interfering alot.

Thoughts:
Wow, that finale! That was epic. IDW Sonic sure is cool and I'm glad we're free of the Metal Virus nightmare, who wants to see that go on for a lot longer. After all, this is SEGA's book and they're probably uncomfortable seeing their IPS get turned into zombie robots. Sonic came real close to becoming a Zombot so thank god he had super speed.
With the arc over, its time to breathe and enjoy simpler stories. I give this issue a 10/10.
Later folks!

Welcome back IDW Sonic fans, its time for a double review.
During mah review of IDW Sonic as a whole during year 2, I kinda skipped over the 2019 Annual. Now, with 2020 out, Ima gonna actually review BOTH!

So, what are the IDW Sonic Annuals about? Well, for starters, they're a collection of stories that are ALL canon to the IDW Sonic comic universe and a lot of talent from the writers and artists is put to work, they all pour their heart and soul into making these stories.

Without delay, let's start with...

Bond of Friendship:
This one set up the events of the Tangle and Whisper miniseries as somewhat of a pilot episode, pilot episodes are episodes that set up a series by introducing the characters. However, this is a comic we're talking about. The story involves Whisper visiting Tangle in her hometown and the two of them teaming up to deal with the Babylon Rogues (from Sonic Riders). Good story, really good! Thats all I will say about that, next up is...

Jet Set Tornado (sigh really):
First off, the title is a reference to Jet Set Radio (a SEGA game series not associated with Sonic). Second, it's about good old Sonic and Tails doing their usual thing. The story involves them in a battle with one of Eggman's robots in the sky while on a mission to get some supplies to the Resistance. What do I think of it? Its fun, Sonic's all cool and Tails is sweet as always. 8/10, people just love the brotherly bond between these guys, don't they. I like it, I think Tails' is Sonic's adopted brother.

Victory Garden:
This one is technically a Silvaze story as far as most fans are concerned given that the Silver and Blaze pairing is very popular in the Sonic fanbase alongside SonAmy. The story's simple and straightforward, Silver's trying to grow a garden in the ruins of a battlefield, Blaze comes along and helps him, Silver grows his garden and thats it. Friends sure are important, they can help you in the toughest of times and in dear Silver's case, having Blaze help him is very nice! I like this story, this one made me more interested in Silver x Blaze and I give this a 10.5.

There are two more stories, but I've delayed the inevitable long enough!
ONWARD TO 2020!
Note: These stories I'm about to mention actually happen in the Zombot arc.

First up, we have Big's Big Adventure. LOLOLOLOLOLOLOLOL! Sonic Adventure reference. Anyways, this is a story about Big and it turns out he was there for certain events that unfolded over the course of the comic up to this point. He was present off panel in the first few issues in year one and was chasing his pal Froggy (again). Also, Big was there for a bit at the Restoration HQ during the events of Issue 22 RIGHT before the big Zombot outbreak.
So how did Big become a Zombot?
Its simple, his pal Froggy touched a Zombot and eventually converted, also causing Big to become infected with the Metal Virus in the process without him even realizing it.

Next up is, well, a story about radio shows and it happens right around the same time as the events of Issue 19 are starting up with the Eggman Metal Virus attack on the city. Nite the Owl and Don the Rooster, new characters and the show hosts of K-TBR 199.2, a radio show, and yes the cover the beginning of the Zombot attack. The story also ends with a zombot approaching the station!
After this one, we get to... Reflections, its a Metal Sonic story where he studies the Metal Virus and, of course, the Metal Virus has no effect on him. Moving on.

Our fourth story is Eggman's Day Off, short story short, Starline finds Eggman in his EggCave where the doctor often plays with his toys whenever he, well, has a day off. Well, the doc's gotta have a hobby other than trying to take over the world all the time, am I right? Everybody needs time off to themselves and a time to play, who likes all work and no play after all...?
The fifth story, Flock Together, shows Vector and Espio capturing Zombot Charmy, which sets up what happens in issue 22 with Charmy. Finally, we get to The Catalyst, where we learn about how Tangle's buddy Jewel got infected with the Zombot Virus.

My thoughts on these stories.
They're nicely written and I like the art, enough said.

Half way reading wrap up 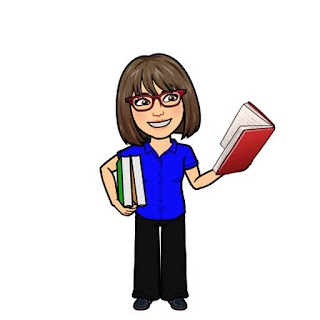 We are halfway through this crazy year so I decided to check in and see how I'm doing with my reading challenges.  Plus I'm checking out the changes Google has made to blogger to see if it is possible to post properly without entirely hating the new format.
Here's the scoop. Ten books in ten categories and the winners so far are:

(4) Answer me this - writing craft and other non fiction

(7) Dragons and other fantastical Creatures

(2)Step into the Past (Historical Fiction)

There are a few categories I want to read but don't think I'll hit ten on. So my plan is to read three books in each category which are: Eve, Silence, Agatha Christie, as well as finish the Lord of the Rings Trilogy, Mary Stewart's Arthurian Saga, and the Wheel of Time series.  Will I make it?  I have no idea as I've been dipping into and out of many books as concentration on any one thing has been hard this year. Gee I wonder why?