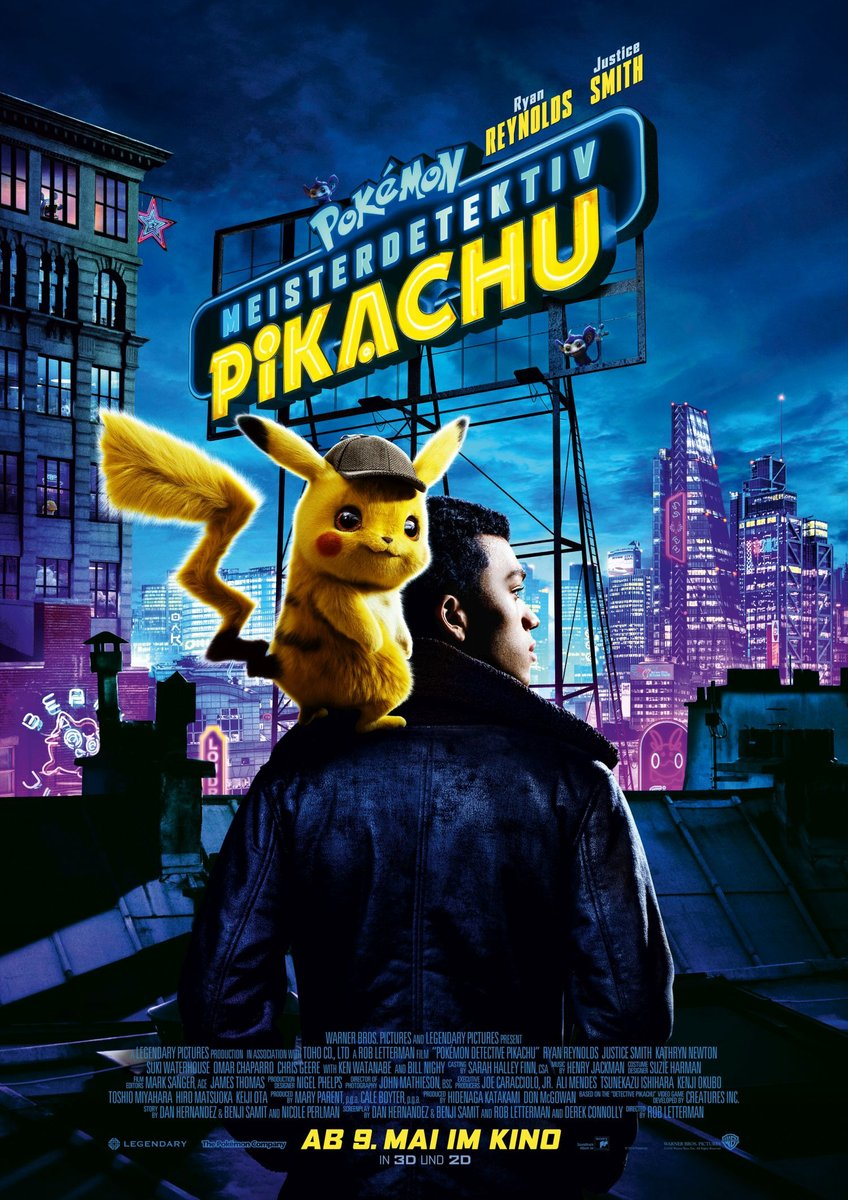 Hello and welcome back, we're doing another video game movie review. This time, we're diving into the realm of Pokemon with the 2019 movie adaptation of Detective Pikachu starring Ryan Reynolds as Pikachu himself aka Harry Goodman, father of the movie's protagonist Tim Goodman, who teams up with Pikachu to solve the mystery of his dad's disappearance.

I saw this movie well after it came out back in 2019, then I saw it again a few years ago and I just recently rewatched it, making that my third viewing. Let me tell you, this movie is beyond good, it is a blast to watch and I should watch it again pretty soon. Detective Pikachu is where I became a Pokemon fan, leading to me playing the Detective Pikachu video game on the 3DS (a game that I will review in the future).

This was my first film featuring Ryan Reynolds that I got to see, where I grew to respect him, even though I forgot that he was in the film and who he was until way later. To say that he plays a G-rated Deadpool when he plays Pikachu is an understatement, he is Pikachu and the character of Pikachu in this movie looks decent.

Detective Pikachu is faithful to the source material and is one of the best live action adaptations ever created with good casting choices and a well-written plot, despite any flaws that it has. The movie kicks off beautifully and ends on a sweet note with nothing to slow it down, thanks to the splendid acting of the actors, the good writing, enjoyable score and engaging cinematography.

Overall, I would suggest this film to any Pokemon fan who hasn't seen it yet. With nothing to ruin the movie, Detective Pikachu gets a nine point five out of ten. Too bad its not gonna get a sequel any time soon, but at least video game movies these days are good and well-received.

Thank you for joining us, friends.