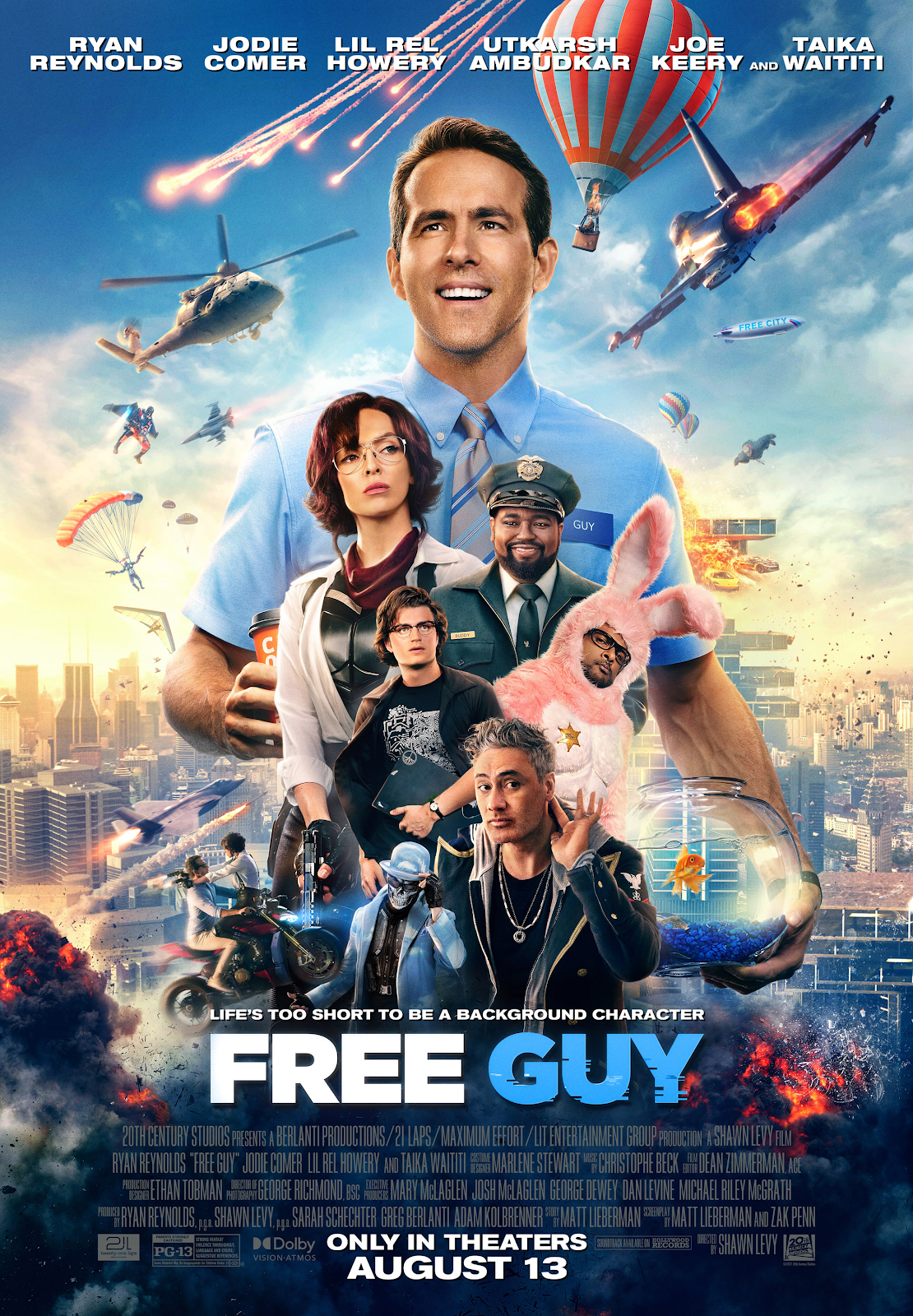 Oh, hullo again, folks. We're back... to review one of 2021's best movies yet. Free Guy, starring the respectable and humorous Ryan Reynolds himself as the character of Guy.

We got this on DVD months after its theatrical release instead of waiting until it hit Disney Plus and we watched this, so what are my thoughts on this fun video game movie that almost feels like a crossover between Ready Player One, The Truman Show and Wreck it Ralph?

Well, as you already know, its very good. This was a fun, imaginative and mind-blowing movie worth watching again that tells an epic story about an NPC who steps beyond his programming and becomes a hero in his own right, defying the expectations of the video game's developers.

Mr. Reynolds does an unsurprising good job as the character he's playing, even Taika Watiti plays a fun villain. He's quite amazing, this film has a great opening with Guy breaking the fourth wall to narrate the world to us.

And guess what? I nicknamed him Guy-pool, a cross between Guy and Deadpool, which is almost appropriate since Ryan plays Deadpool in Fox's X-Men series and in the MCU now. (And yes, I've done my research on Deadpool, don't ask much.)

The CGI effects are outstanding and help create the video game world Guy lives in, even the real world segments are fun, this film does a fantastic job showcasing what if The Truman Show had been about video games instead of a reality TV show. No offense to Jim Carrey, but Ryan Reynolds plays the main character just as great as Jim did.

Free Guy's a fun movie for the entire family and is worth watching, go find it on DVD or watch it on the streaming service of your choice. This movie was actually so successful, a sequel is actually in the plans right now, even though nothing else has materialized as of yet. I rate this film a 9.6 out of 10, I will watch this movie again in the future and we will see the sequel when it releases. We salute you Fox Studios and Ryan Reynolds, you are both amazing at what you do.

I bid you adieu, folks.