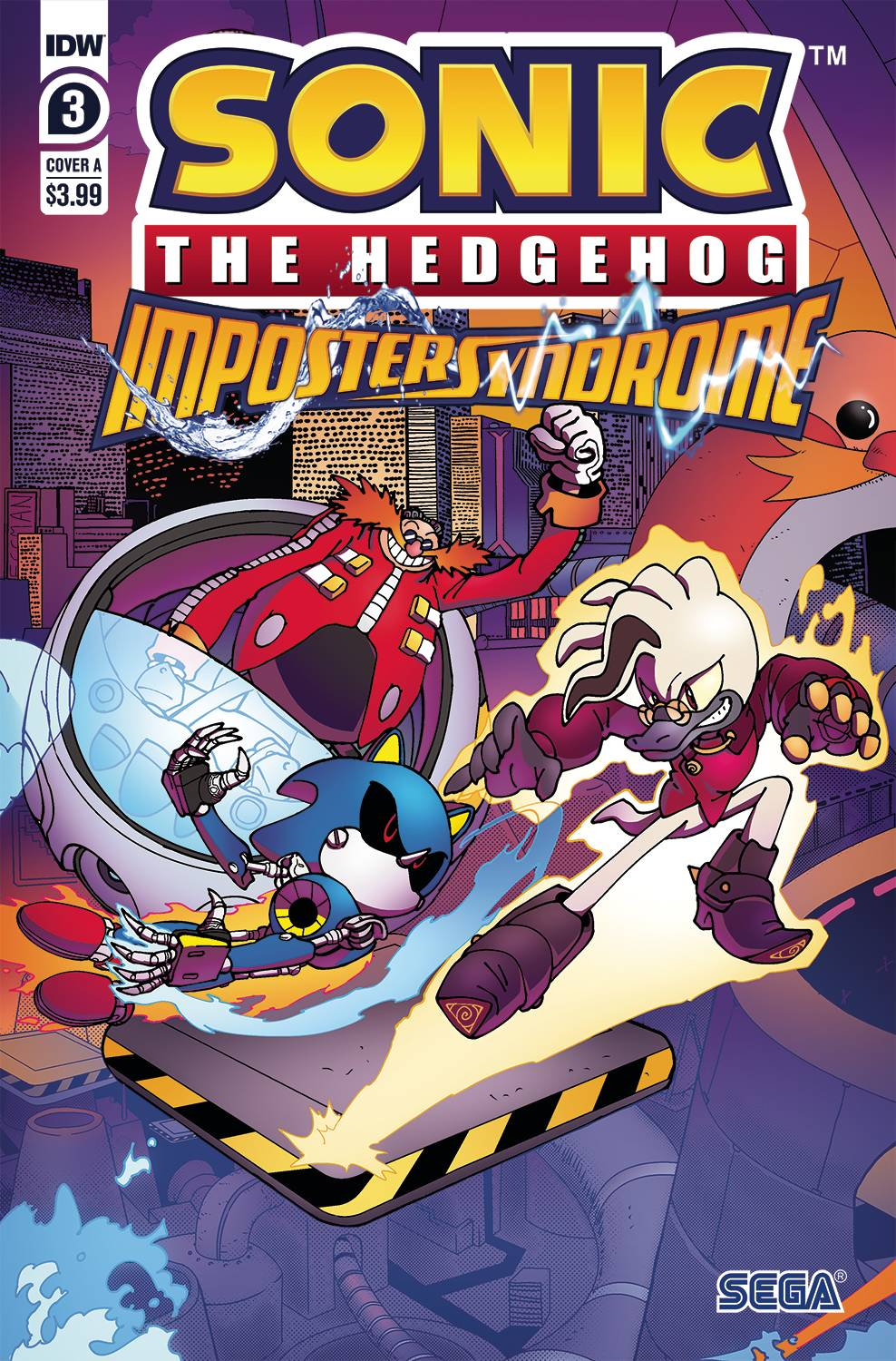 Hello again, we now dive back into the IDW Sonic universe with the third issue of the Imposter Syndrome miniseries featuring Doctor Starline, Surge and Kit taking place in the lead up to the big milestone of IDW Sonic issue 50.

I just read it and, wow, it is way past awesome. Ian Flynn didn't just knock it out of the park, he writes in a way that blows the mind. The issue starts off with Surge and Kit watching one of Doctor Starline's vlogs where Starline rants about Eggman and it looks as if the doctor is about to snap as he even calls Eggman's robots, including Metal Sonic, inferior. Ian knows when to ham it up as he writes villains, he did a fine job with Eggman in Archie Sonic and does a fine job here as well.

Moving along, Surge and Kit then listen to everything Starline outlines about their "creation" and after they were "activated".

The two are not to happy about what they learned and, when Doctor Starline enters the room, they attack the man who lied to them and manipulated them. The battle scene is beyond fantastical and is just as good as every action scene in IDW Sonic.

After the beatdown, Surge and Kit trick Starline just as he tricked them and they start planning to incapacitate Eggman while also planning Sonic and Tails' destruction. With that, the finale for the miniseries is all set up.

So, what do I think?

The issue was great, Sonic comics never cease to amaze no matter who owns the license or is writing the comic. Ian Flynn's writing style never loses its charm that got him very famous, leading to him eventually penning the story for the (currently) upcoming Sonic Frontiers game in the first place, not to mention he was fantastic when he wrote two Sonic Boom TV show episodes.

I love Ian, he's my favorite next to Timothy Zahn or JK Rowling, not to mention he's just as great as one Ken Penders.

The colorful artwork and penciling is also phenomenal as well, they really showcase the emotions and the first page sells it with Starline looking crazy angry in his vlog. Kudos to the artists, some of them should work for SEGA with the artwork of Sonic one of these days.

Well, I have nothing else to say, my final score for the third issue of Imposter Syndrome is a ten. Ian Flynn, you keep at it and keep wowing the fans no matter what, who cares if there are people who think you suck. I will be one of your defenders, forever and ever. Now, I bid you all goodbye.