Spider-Man: Into The Spider-Verse (2018) -Movie Review by James M 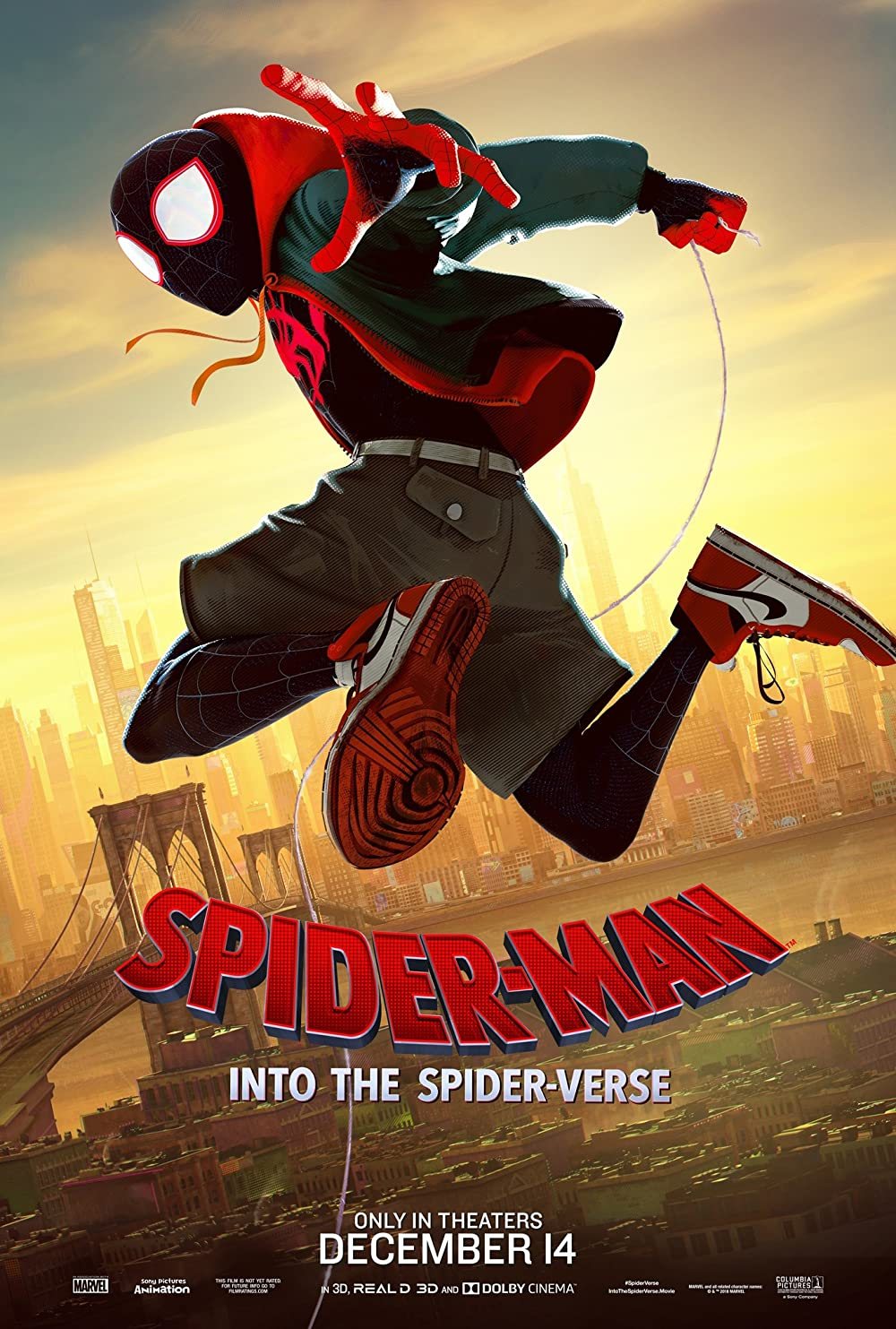 Greetings to all of the true believers out there, we're diving further into the Spider-verse again with another Spider-Man movie. But this time, we're not in the live action realm, its the animation realm...WITH SPIDER-MAN: INTO THE SPIDER-VERSE!

Released by Sony and Marvel in late 2018 with the screenplay handled by Phil Lord, INTO THE SPIDER-VERSE focuses on the journey and struggle of Miles Morales (played by Shameik Moore) when he gets bit by a spider and has to navigate the ropes of becoming Spider-Man while teaming up with an alternate universe Peter Parker Spider-Man, Spider-Gwen and other Spider people to stop the corrupt Kingpin's plans before the multiverse collapses due to Kingpin's machinations.

You could say this is where the multiverse craze started, thanks to the success of Into The Spider-Verse, as we're getting a Flash movie about the multiverse and the MCU has been delving into the multiverse in certain projects set in the aftermath of Infinity War/Endgame.

Even SEGA is distributing Sonic Prime, a Sonic cartoon about Sonic exploring the Shatterverse multiverse. Even though multiverse stories have been going on for years, Spider-Verse started the new multiverse craze.

We saw this film eleven months before the release of Spider-Man No Way Home (after we started hearing rumblings of the multiverse being involved with the movie) and, let me tell you, this movie is a blast. Into The Spider-Verse is perhaps one of the most beautifully made superhero movies and one of the best animated films ever, not to mention its a super cool animated superhero film.

In regards to it being PG rated instead of being PG-13, that's fine, even though PG rated superhero movies and action films are very rare these days. Regardless, the writing of this movie is simple and fun, just like the characters and the action pieces of the movie. Even the animation style is beyond gorgeous, the writers had a blast making this and even the voice actors seemed to be having a lot of fun playing their respective roles.

SPIDER-MAN INTO THE SPIDER-VERSE is a fun ride with a lot of beautiful nods and Easter Eggs related to Spider-Man's long history, it is also a wonderful tribute to the late Stan Lee, who makes one of his last cameos in the movie and briefly voices J. Jonah Jameson. Stan died shortly before the movie came out, but hearing him here one final time is heartwarming, knowing that his legacy will live on.

The movie was so well-received and successful, its getting a sequel that is finally coming out in late 2022. Spider-Man: Across The Spider-Verse (which will be divided into two parts) will continue where Into The Spider-Verse left off and explore the multiverse even further. The final post-credits scene is even humorous as it involves Spider-Man 2099 visiting the 1967 Spider-Man universe, leading to the pointing finger meme and popularizing it to full meme popularity once again.

After seeing this baby twice and thinking about how fantastic it is, I will gladly give Spider-Man Into The Spider-Verse a sweet 9.8/10. May this movie be remembered as one of the best made superhero movies and I wish the crew behind this film good luck with the sequel and future superhero movies in the years to come. See you later, true believers.