BW16: It's all about the RE words this week 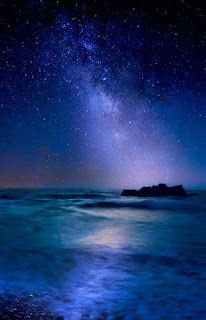 Happy Sunday. It's week 16 in our 52 books quest and it's all about the re words this week: Renew, rebirth,  recharge, restore, resurrection, rejoice, renaissance, and of course, read and reread.

I'm 12 chapters in on Middlemarch and it's a slow read as the writing takes some getting used to but enjoying it.

Also about a 6th of the way in on Sanderson's The Way of Kings  which is so very different from Wheel of Time but has a whole slew of characters I'm getting used to and enjoying it so far. Both are chunky books so going to take me a while.

“Roshar is a world of stone and storms. Uncanny tempests of incredible power sweep across the rocky terrain so frequently that they have shaped ecology and civilization alike. Animals hide in shells, trees pull in branches, and grass retracts into the soilless ground. Cities are built only where the topography offers shelter.

It has been centuries since the fall of the ten consecrated orders known as the Knights Radiant, but their Shardblades and Shardplate remain: mystical swords and suits of armor that transform ordinary men into near-invincible warriors. Men trade kingdoms for Shardblades. Wars were fought for them, and won by them…”

Took a reading break to watch Tick Tick Boom which is amazing. Damn, Andrew Garfield (Yes, the amazing spiderman) can sing. Neither of my guys like musicals so watched by myself.  Jonathan Larson is the songwriter who wrote the Broadway play Rent and died from an aortic aneurism right before it was released.  The movie starts 5 years before he died and takes place in New York during the height of the aids epidemic so friends are dying, others are becoming more successful, while Larson struggles to make a name for himself.  The movie is deep, and funny, dramatic, and heartwarming and will make you laugh, make you cry, make you sing. All the singers were amazing.  I need to get the soundtrack or watch the movie several dozen times. It was that good.