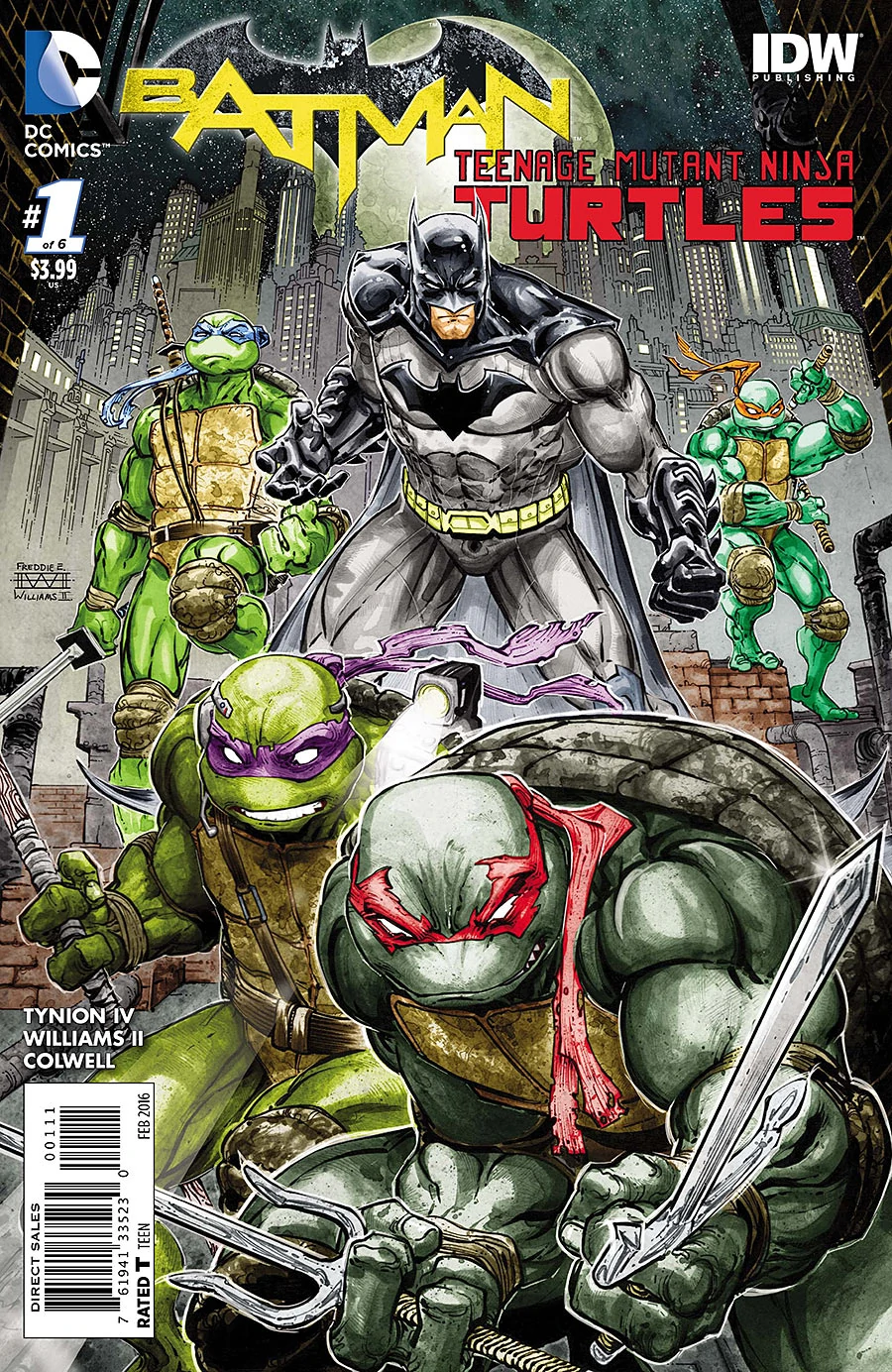 That's right, we're delving into the comic that inspired the 2019 movie, but this version of Batman/TMNT is almost way different from how things played out in the movie save for certain plot beats and dialogue that was lifted from this for the movie.

Plus, need I forget to mention, characters like Splinter, April O' Neil and Cassey Jones from the TMNT-verse appear in this unlike the movie (where Splinter himself is mentioned a few times and is seen briefly at one point).

I got the graphic novel that collected all six issues of this crossover and, lemme tell you, DC and IDW did a great job with this. Comic books about superheroes and sci-fi are really gripping and hard to stop reading, I read this entire thing in one sitting and was hooked.

As a matter of fact, I may do a rereading of it in the future. Wow, oh my gosh, these comics never ever get old. Seriously, who wouldn't want to see Batman and the Teenage Mutant Ninja Turtles fighting before they team up to fight bad guys together?

The writers set out to write a compelling and amazing crossover story when they worked on this one and they succeeded, the characters are well-written and everything felt cohesive, engaging and gripping from start to finish. This comic was very well done, it spawned two more crossover sequels and led to an animated movie adaptation just a few years later in 2019.

My final score for this comic is a 10 out of 10, Batman and TMNT are amazing staples of pop culture that get so much love and respect. I am never going to forget this. Now, I say farewell and I'll see you later.