James M's review of A Beautiful Day In The Neighborhood (2019) 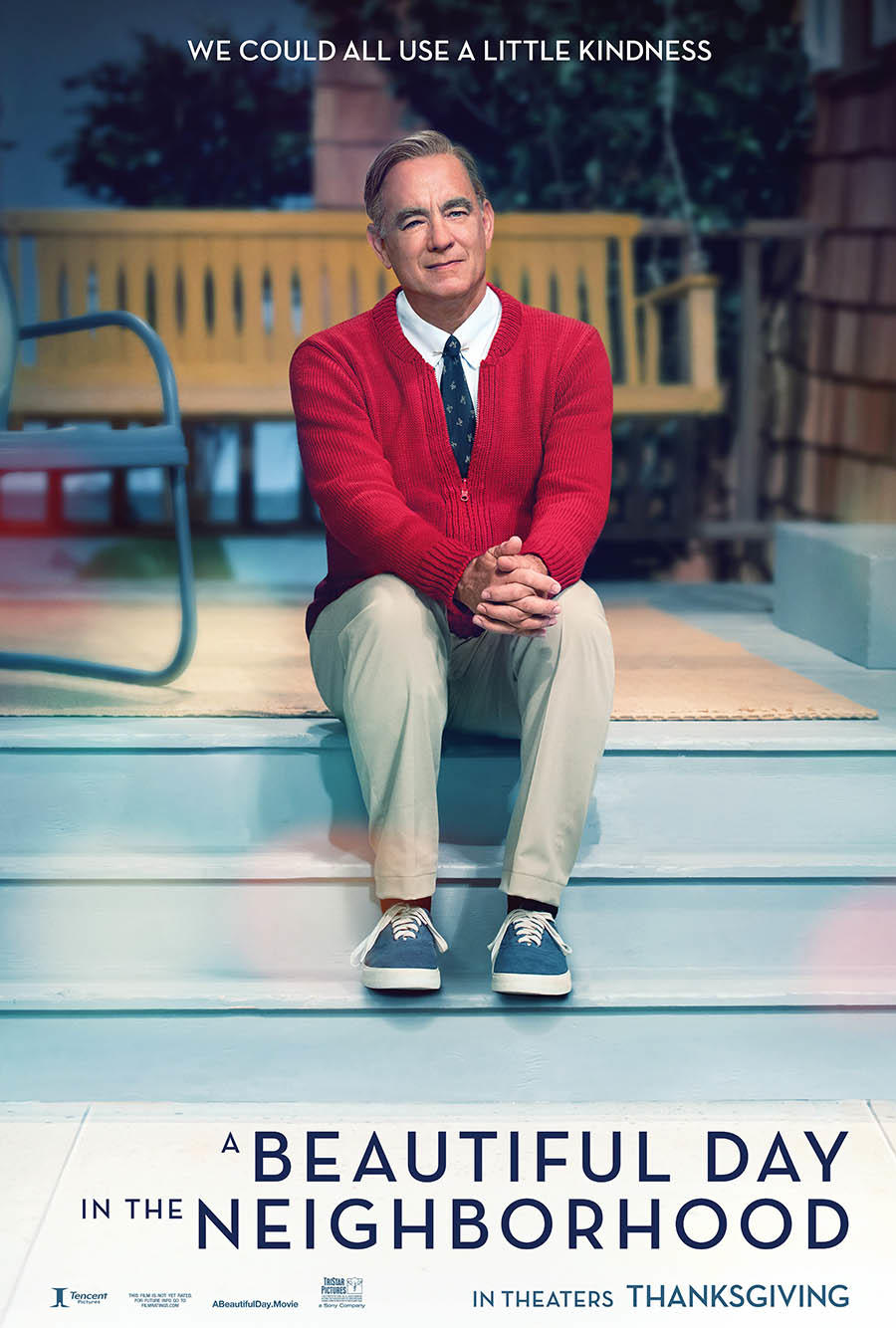 That's right. Very recently, as part of a school assignment, we sat down to watch A Beautiful Day In The Neighborhood, released in 2019 and starring Tom Hanks as the beloved TV star Mr. Fred Rogers of the Mr. Rogers show. The movie taught lessons of compassion and forgiveness, it was fun and thought-provoking and it made me feel kinda nostalgic as I saw the Mr. Rogers show a few times years ago.

Tom Hanks was great in this, he's perhaps one of my favorite actors to date, especially after hearing him voice Woody in Toy Story and after he played Captain Miller in Saving Private Ryan. Tom handles the material he's given very well, even if he doesn't live up to the man he's playing.

As someone who saw Mr. Rogers' Neighborhood and has grown to respect the shows I used to watch in my childhood thanks to Dora & The Lost City of Gold (based on Dora The Explorer), this film is nothing short of fun.

A Beautiful Day In The Neighborhood has an impression on me as I am thinking of neighborly love and compassion while doing my best to forgive certain people and mistakes I made, forget about that negativity and move on with love and compassion in my heart. This film is the perfect love letter to Mr. Roger's Neighborhood and it was quite interesting to know that Fred Rogers played some of the other characters in the show such as King Friday the Thirteenth and that little cat puppet.

If there is anybody who has seen Mr. Rogers, this is a movie you won't want to miss. Its educational and very helpful, we all could use some kindness in our lives no matter what. Good old Fred Rogers may be long dead, but his legacy lives on, thanks to this movie and the incredible acting of Tom Hanks himself. A Beautiful Day In The Neighborhood gets a nine point nine out of ten for its almost nostalgic value, good storytelling and beautiful lessons that it teaches.

Thank you, Mr. Rogers, I will never forget you and may you rest in peace.