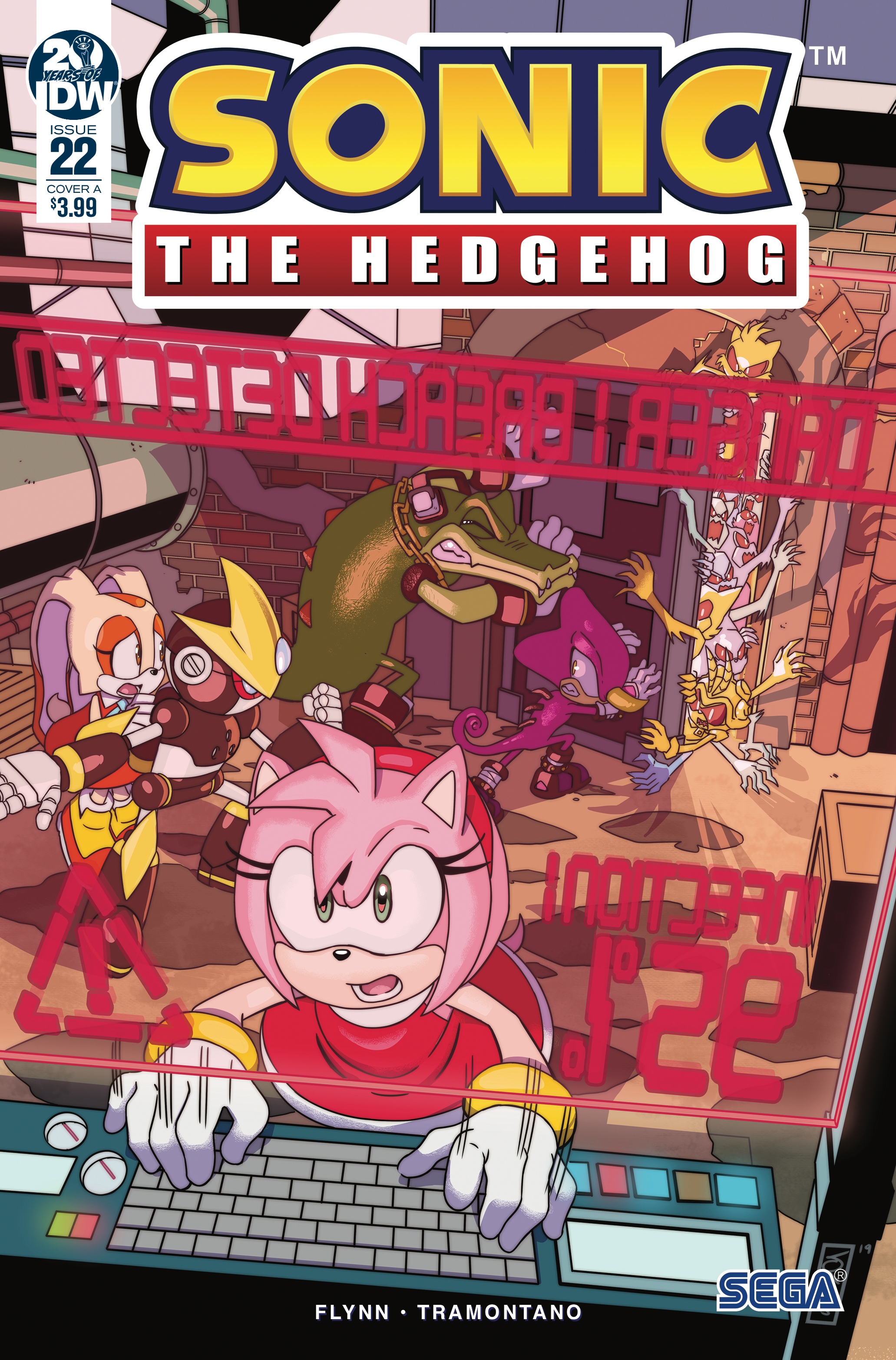 Hey there people, James M here and we're taking another look at IDW Sonic. We're near the end of Year 2 of the iconic comic book and, today, we will be looking at part of the Metal Virus saga known as "THE LAST MINUTE" which is a trilogy of stories that happen at the same time.
So, why don't we get started, eh?

Why don't we go over what has happened so far so you won't be confused?
Doctor Eggman has returned after his defeat in Sonic Forces and has hatched his latest world domination scheme: The Metal Virus plot. It's simple, Eggman wants to roboticize everyone and control the world with his robot zombie army. Things have gotten darker and darker as the world falls to the zombie robot apocalypse with no end to the nightmare in-sight. Now, that you're all up to speed, let's-a go!

Tails the Fox is at his lab in Central City trying to gather data while the Zombots attack as Sonic runs about to gather data for his buddy! Meanwhile, at Restoration HQ, Sonic's girlfriend and leader of the Restoration is working hard to handle the situation and it is tiring. Things go south for Tails and Amy on both fronts. In Central City, Zombots attack the lab and Tails loses the data he just acquired somehow, forcing him to get out of there. In Restoration HQ, Vector and Espio bring back a Zombot Charmy, who breaks free from his glass prison, while an infected refugee becomes a Zombot and people get infected, including Vector and Cream's mum Vanilla, while Amy, Cream, Espio and many others manage to escape with a few survivors on a shuttle.

Meanwhile, during his run, Sonic comes across Baracade Town, where he and Knuckles fought Rough and Tumble in issue three, and encounters Doctor Eggman and Doctor Starline. After an exchange of words. Sonic and Eggman duke it out as usual and during the fight, Sonic attempts to infect Eggman. Side note: That would have been fascinating seeing a robot Eggman zombie! Anyway, the two are surrounded by Zombots in the streets and Eggman and Starline have to retreat. Sonic narrowly escapes becoming a Zombot himself and we see he's starting to get tired.

On Doctor Starline's end, with the Metal Virus situation getting out of control, he plans on using the Dangerous Six from Sonic Lost World to get things under control. He meets with Zavok a few times and does recruit the Zeti, who now want revenge after their humiliation at the hands of Sonic and have been using Eggman tech to check up on the world after the events of Lost World. Man, the situation is about to get even worse once the Dangerous Six enter the game. After meeting with Zavok at the end of issue 23, Starline gets his hands on the Cacophonic Conch which he will use to control the Zeti and ensure they don't go rogue again.
Tails and Amy meet up on the Restoration Airship during the evac of Central City and contact Sonic about the situation, all of this sets up the apparent finale of the Metal Virus saga...

Thoughts:
The whole arc is incredible and entertaining, even though the situation has gotten worse, we all know that things will be ok in the end and Eggman will be defeated, but its gonna be a while before IDW Sonic comes to an end. Ian does a masterful job writing out the plot and striking the right balance between a dark situation and light-hearted moments.
Let's hope Year 2 has an epic ending and the first few issues of Year 3 are awesome and we get an epic conclusion to the darkest storyline in Sonic history!

See you all later!
-James M