We had a wonderful time this weekend at the Scout Expo held at Beale AFB.  There were 6000 + scouts and parents camping out.   Father had to drop us and the stuff off at the drop off spot, and then we had to wait while he parked in the remote parking spots and be bussed back to us.   Once we found our spot,  we checked in, got our special scout expo shirts, set up the tent and started out on our adventure.  They had the Webebos separated out by divisions of red, yellow and blue and doing two hour rotations at the flight line, the Webelos academy area and the boy scout area.   We took the bus over to flight line and checked out the planes. 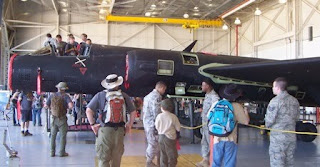 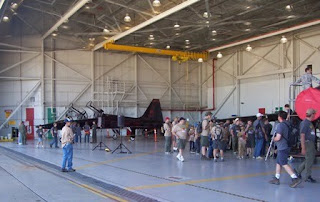 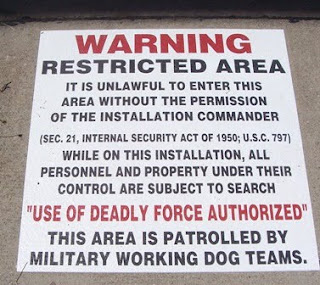 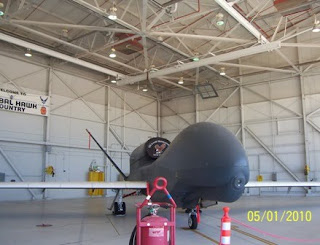 After lunch, we headed back to the Webelos Academy area.  First up the BB Gun shooting station manned by certified gun safety experts from the local NRA.   James did pretty well considering he's never shot a gun before and hit the target twice. 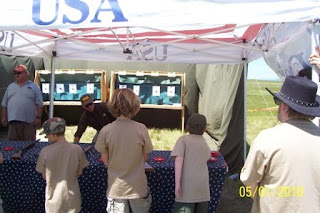 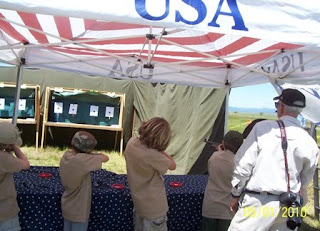 James is the one the far right.  Standing behind him is an old friend we hadn't seen in a while who is a reserve deputy and with the NRA.   He offered to give James some pointers later. 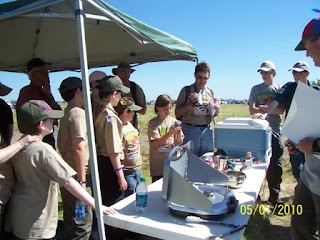 Next up, the scientific method station.  Heat up a can and put it into a pot of freezing cold water and it compresses. 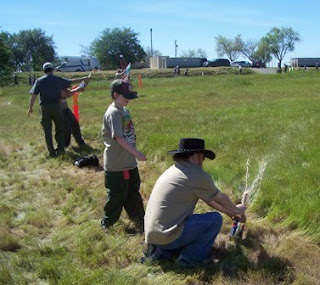 The Mentos in the Soda experiment.   One of the mentos stuck in the tube and we all got a pretty good soda shower. 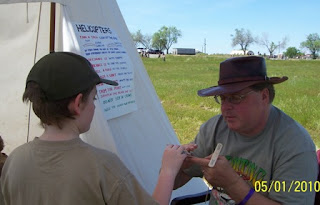 Making a wood Helicopter - part of the scientist achievement
We headed over to the boy scout area with a few minutes to spare before everyone shut down for the day at 4:00 p.m. 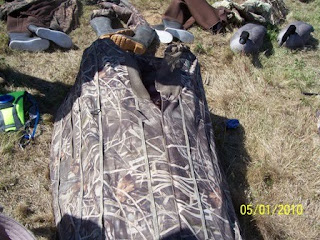 Guess who is in the duck blind? 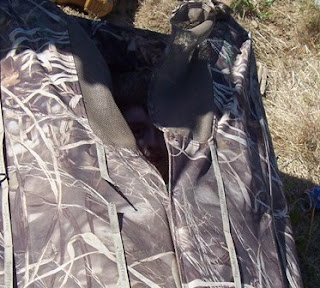 Can you see me?
After a wonderful dinner of shredded pork and chicken breasts with potato chips and lemonade, it was time to head down to the flightline.   We weren't quite up to the 2.5 mile walk to the flightline so we hitched a ride on the ADA bus. 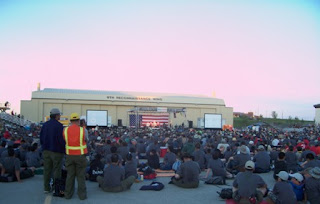 We were entertained by Dave the Horn guy and a band called MLA, plus a retrospective of 100 years of scouting.    Got to see a beautiful sunset, although Father was disappointed he hadn't brought his nikon camera, so he could do it justice. 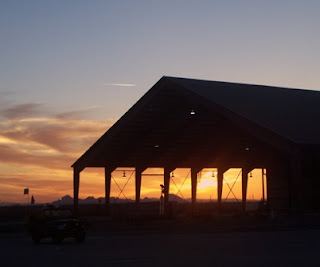 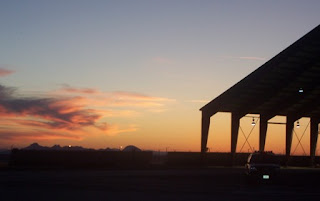 After the show, we headed back on the bus and settled down for the night.  James was exhausted and fell asleep pretty quickly.  The next morning we had breakfast, packed up and headed for home.  We all were tired and very sore and very glad to be home.
at May 04, 2010