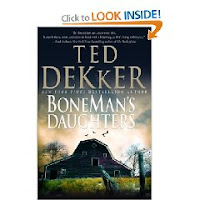 
I've changed my mind and decided to make the contest easy, peasy without a lot of muss and fuss. To enter this contest all you have to do is leave me a comment with your name and email address. The contest will remain open throughout the week of BBAW until Midnight September 18th. I will be using Random.org to pick the winner. Contest open to residents of U.S. only.
at September 14, 2009