What great timing. Just as I sat down to write this, the mail lady delivered a package to the door. My order from Writer's Digest arrived with the 2009 Writer's Market, The Pocket Muse and The Little Red Writing Book. They were having a great sale, plus free shipping. Who could pass that up. 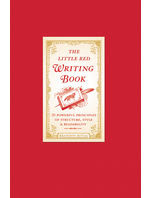 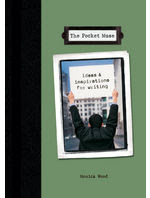 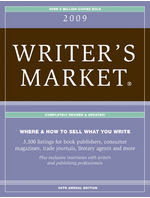 My WIP1 is going slowly but surely still. I still haven't started typing anything up again yet. I really would like to finish writing the story first, but I know at some point, the desire to start typing and editing will catch up with me. I do go back and reread what I wrote the day before, add or expand, then continue going. Do you ever have the problem where you can't read your own writing. I go from a from legible scrawl to tiny scribbles by the end. Plus starred bits and lines pointing elsewhere and put this here notes, etc. I've been writing everyday, except did take the weekend off since we were traveling and visiting with family. Monday my brain was mush and completely blank. However, I did have an epiphany over the weekend over something that has been in the back of my mind for quite some time.

When my mother in law died, we came across her notebooks of a historical romance story she was writing. I didn't understand why there were several notebooks with the same story rewritten several times. Now I get it. They are her drafts of the same story. Unfortunately, she didn't date anything so we don't know which edit is what. For now, they will continue to reside in a box in the garage until we find the time to decipher her notes, lists and versions.

So, this morning I'm reading "A Writer's Book of Days" by Judy Reeves and the word for today is Kiss Your Frogs. She says "it happens to every writer: sloppy, rambling, unintelligible, boring writing that is going anywhere but where you want. It's the frog-kissing phenomenon of creative writing and it happens to the best of us, even to seasoned pros. If you write at all, know that you're going to produce some stuff that's way to the left of good, lopsided and croaking on some withering lily pad." Which is why I'm getting the desire to start typing up what I've written the past couple weeks. I want to improve upon, edit it, make it sound better. But in essence, this is a first draft since it's a 95% rewrite, so I'm resisting the urge. Get it out there and then edit it. It is much better than the first, since I'm listening to my characters. Well - most of the time - we have had a few tug of wars.

The tip of the month from Amy Hempel is "instead of moving horizontally on the page, stay with the one moment or revelation and go down-down-down, vertically, deeper into complications, keep going down and uncovering harder things to say about the same thing." I've been skating the surface with Benjamin so far, not really giving an indepth look into his character. So this sounds like a good idea, because they are at the part where he and Jacob are discussing why Jacob didn't tell he and his brother about Samantha. Jacob is the typically younger brother in which he feels his brothers were always trying to interfere and tell him how to do things, even as a adult. He needed his brothers to see him as an adult, and he had a bit of growing up to do as well. Plus going back to my last WIP Wednesday when I was trying to decide on Benjamin's background, I decided to make him a retired detective and the scenario occurred, much like Sam's in which the police were there, but too late to stop her from getting hurt. However, in his case someone died. So, that's where we stand right now.

In purusing "Pocket Muse" I came across this:

"I once heard a college student in Waterville, Maine, ask visiting writer Ron Carlson how one knows if one is really a writer. Ever the showman, Carlson delivered an entertaining riff about the distractions writers put in their own way, all day, all the time: leaving the room to get coffee, check the mail, get coffee, walk the dogs, go to the bathroom, get coffee, look something up, get coffee. Then, dead serious, he summed up the whole enterprise in a line I have never forgotten: "The writer is the one who stays in the room."

Be the one who stays in the room.

Work in Progress Wednesday is brought to you by the lovely Kate of The Lovers, The Dreamers and Me. To see how everyone else is progressing, go see Kate.