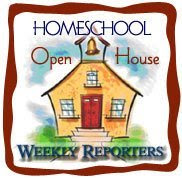 We're coming down to the wire with 3 weeks left to go. We changed books for a couple things during the year, because they just weren't working out, so we are in the middle of Writing with Ease, the math workbooks, and cursive. We finished Voyages in English and the only thing to finish with 3 lessons left is Spelling Workout. When we are done with SWO, James will be officially done with 3rd grade. We are going to work on getting him caught up with math, then we'll have him take the CAT - California Achievement Test to see how he is doing. Time to revisit the different math programs.

What we accomplished the past couple weeks:

Bible study: We put aside Explorer Bible Study to concentrate on attitude and character. 9 year old boys - what can I say. I won't say what issues we've been having, but it resulted in the Wii going into the garage, no internet and all the Godzilla movies relegated to the closet. We started "Write Upon My Heart - Obedience" from Keepers of the Faith. Seems to be working well. There was one particular part in it that hit home which was "How do you affect the world around you? Do you offer cheer and trust to those around you by being obedient? Or are you one of those people who has you own way while those around you patiently endure the discomfort of it?" We learned some new words for obedience and looked up their definitions in the dictionary. Such as Accordance, acquiescence, compliance, deference, dutifulness and submission. We have had some very good discussions about what they mean and how to use them.

We also instituted a no argument, no talking back policy and he gets sent to his room immediately for a certain period of time with no discussion, no explanations. We've tried the talking about it routine til we're blue in the face. He's heard it all and knows what is wrong and right. Life has calmed down quite a bit since we instituted all these changes and it seems to be getting through. The cause and effect stage seems to be kicking in (yeah - finally!) and the questions have been flying lately about who, what, where, when and why, why, why.

Voyages in English: We finished the grammar section so went back to the oral and written communication section and started discussing What makes a good personal narrative. The task was to write a personal narrative, telling events in order and using time words such as when, then, finally, etc.

"When I went to the campout Dad and I set up the tent and when everybody did skits and songs, I stood up and did a Godzilla Joke, which made everyone laugh and applaud. The next morning I ate cheerios for breakfast and heard Dennis shout Pack 380. Which meant get over here. After finishing outdoorsman stuff, I went home and watched you tube videos."

We are going to go on to cover other areas like descriptions and book reports for the next three weeks. When I'm discovering he gets it the first time, we are moving on and up.

He also wrote a great report on Neil Armstrong for the citizenship achievement badge for Webelos. I handed him the encyclopedia and a handout I got off Enchanted Learning and told him to read the information. After reading the information, he started writing a report on Armstrong and refused any assistance from me whatsoever. He didn't want me telling him how to write it or what to include. This is what he wrote.

"In 1930, Neil Armstrong was born on his grandparent's farm in Auglaize, Ohio. In 1955 when Godzilla raid again was being made in Japan, Armstrong went to Purdue. And got a Bachelor's award for engineering. In 1966 he and David R. Scott performed the first successful docking of 2 vehicles in space on the Gemini 8 mission. In 1969 when Godzilla's Revenge was made in Tokyo, Armstrong landed on the moon in Apollo 11 lunar module while Mr. Collins orbited the moon in the c.m. aka command module. Upon his step on the moon, Mr. Neil said "That's one step for man. One giant leap for mankind!!"

He keeps surprising me and sometimes I think I'm underestimating him and need to step things up a couple notches. We in the midst of deciding what will be adding for 4th grade. Father wants him to start learning an instrument so we considering getting a Yamaha digital piano with midi. I've fallen in like with Artistic Pursuits so most likely will add it since James loves to draw. I'm also working at getting him to work more independently, but still stay focused so he isn't taking all day to finish something that should only take 15 minutes. I would love to have an hour glass. Off to do some research and enjoy our sunshiney day.
at June 26, 2009