Mini book reviews of books read over the past couple weeks 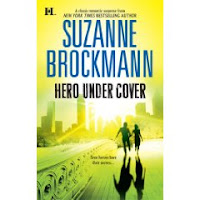 Hero Under Cover by Suzanne Brockmann: Romantic suspense novel in which CIA agent goes undercover as woman's bodyguard thinking she is guilty of stealing some major artworks. He falls for her and suffers major angst over the fact he is deceiving her about who he is. 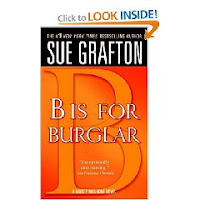 B is for Burglar by Sue Grafton - a Kinsey Milhone Alphabet Mystery. Kinsey is a detective back in the 80's before cell phones. She is hired to find a woman's missing sister and she must sort through lots of people giving her misleading information. 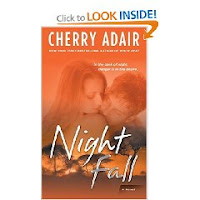 Night Fall by Cherry Adair is a paranormal romance series involving the Men of TFLAC. Simon tries to hide his powers from Kess who is the publicist for his friend, the president, and fight his attraction to her while trying to solve who is causing a plague killing millions of people in africa. 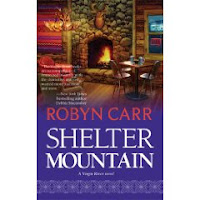 Shelter Mountain by Robyn Carr. 2nd book in the Virgin River about John "Preacher" Middleton and Paige, a mystery woman who is running away from her abusive husband. Also continues to follow Melinda and Jack, and the teenagers Rick and Lizza. 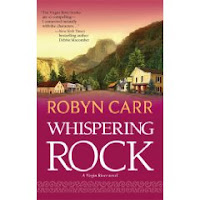 Whispering Rock by Robyn Carr. Book 3 in the Virgin River Series. Introduces Mike Valenzuela who was also in the military with Jack and Preacher. Follows his relationship with Brie, Jack's sister after she is brutally attacked and comes to Virgin River to recover. Also continue's Jack and Mel's story. Right Next Door by Debbie Macomber is a reissue of two oldies: Father's Day and The Courtship of Carol Sommars. These two stories are old fashioned romances (no sex) about single mothers whose kids work hard to get their mothers together with the guys they want to be their dad. The women have issues and the men are quite patient.