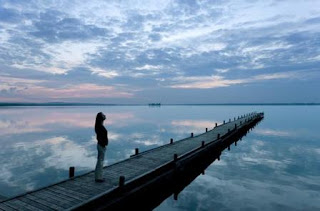 Reach for it - the sky is the limit

Robert Lopatin thought it was too late. As a boy, he had dreamed of becoming a doctor. But when he went to college, he gave up the idea. Instead, he went into the family business of manufacturing women's clothing. He stayed there for twenty-seven years! Then he and his father sold their business. If he wished, he could retire.

But then, at a friend's wedding, he sat next to a young man who had just finished medical school. Chatting with the new doctor made him think about his boyhood dream. And at age fifty-one, Robert Lopatin decided to become a doctor.

Today he is fifty-five. He graduated from the Albert Einstein College of Medicine and is currently serving his residency at Montefiore Medical Center in Bronx, New York. And he's loving it--even the one hundred hour workweeks and the graveyard shifts.

"I feel like I died and was born again," he says.

You may have a dream in your heart that you think is too old to pursue. Another person may have told you that it's too late to do what you desire. But it's not. Writer Joseph Conrad published his first novel at age forty. Robert Lopatin will be in his late fifties when he begins to practice medicine as a full fledged doctor. Artist Grandma Moses started painting when she was seventy-five years old--and she still had a twenty-six year career. Pursue your dream, no matter how far fetched it may seem.

Excerpt from Success: One day at a time - John C. Maxwell