Book Review - Danger In the Shadows

Danger in the Shadows
Dee Henderson 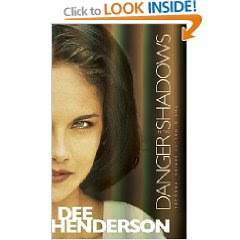 Back Flap: "Her life is not her own... The Bureau owns her. Under FBI protection, Sara isn't even Sara Walsh anymore. Her name is what they tell her. Her home is where they send her. And she's never there for long.
A stranger owns her. Though faceless, he haunts Sara's dreams. He's the man who abducted her as a child and continues to stalk her. He's the one who is determined to end their connection--and Sara's life.
But most of all, fear owns her. Which makes falling in love with a man as high profile as Adam Black a bad idea. And a dangerous one. For both of them. Sara's world is an unsafe place for love---and certainly an unsafe place for children Adam longs for. No one knows that better than Sara, and she can't take the risk.....
But if she doesn't, her life will never be her own. Where will she find the courage to name her terror and face her fear?"
Danger in the Shadows is a prequel to the O'Malley Series and every bit as interesting and moving as Henderson's other stories. I read the O'Malley series last year and loved the characters. Dee Henderson did an excellent job of portraying Sara and how she handles her fear and her life after the kidnapping. Adam is a strong character who trusts deeply in God and wants to have a relationship with Sara despite the danger. Good Christian suspense story that once you start reading it, you won't stop until the end.
Rating: ****
at October 05, 2008