This week has been interesting.

Business wise: Within a two hour time span on Wednesday, the next door shop owner fell and broke her hip and wrist. The paramedics came and she was taken away in an ambulance. A couple hours later, Father had to call 911 because one of our customers had a health emergency. Father said they were having an interesting conversation, when the man broke out into a heavy sweat and became confused. He recovered for a minute, then suddenly became non responsive. 911 was called, the fire department and paramedics came and they took him to the hospital. His condition was a medical mystery, until sister was able to get into his apartment and sleuth around for clues. It turned out to be an adverse reaction to a mixture of prescription drugs. He seems to be recovering, but is still in intensive care.

Remember, months ago I was contemplating getting a full breed kitty, but it was too expensive. I took Luna to the vet for her first check up. The doctor took one look at her and seems to think she has some in her. She has the ears and the markings. So, sometimes you get what you pray for. Since we plan on letting her be an indoor/outdoor cat, she was tested for feline leukemia and aids, which was negative. So she got her shots to the tune of $150.00.

Speaking of randomness, I was introduced to a new internet features called “stumble”. You click what topics you are interested in, such as fine arts, books, photography, etc. and then click the “stumble” button. Well, I got lost in stumble land for one afternoon and came across some really remarkable artists such as

These two are done by a sculptor: 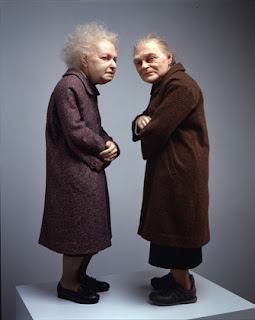 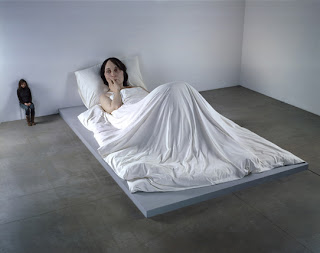 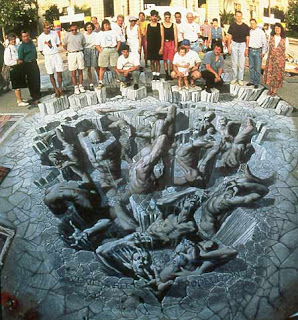 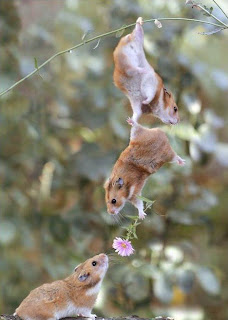 and last but not least, but incredible 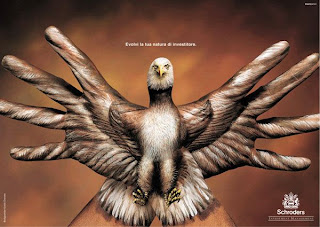