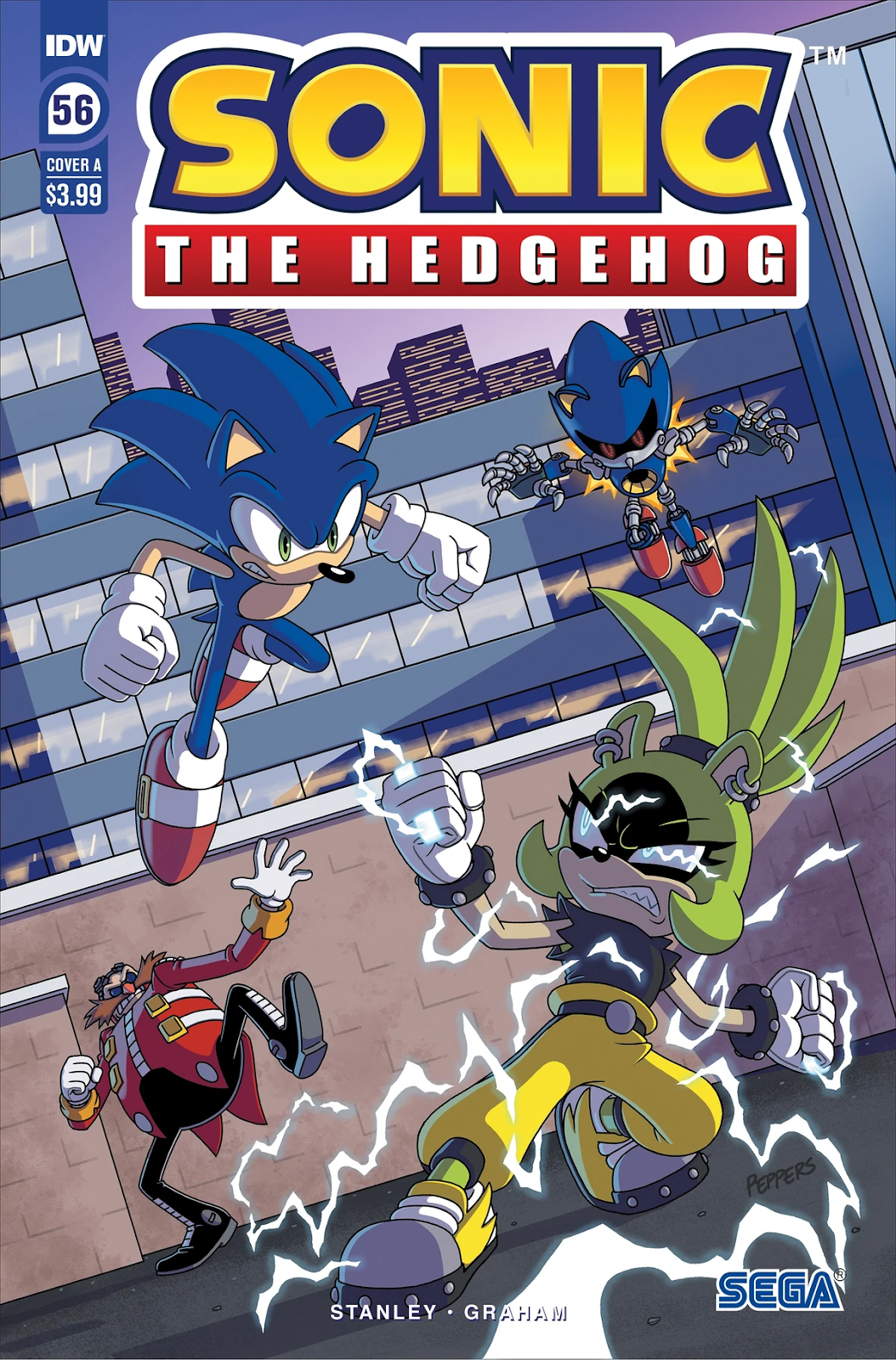 Hi, folks. Sorry about the delay, but so much was happening.

Now, I am back with my thoughts on issue 56 of IDW Sonic, the finale of the Imposter saga as written by Evan Stanley. The main story follows Sonic, Tails, Eggman and Metal Sonic battling Surge and Kit in Doctor Starline's lab after tracking them there, Surge is using Eggman's Dynamo Cage and the power of the Wisps to give herself a fighting chance against Sonic while Kit does his best to help her, but despite the rogues' efforts, Sonic and Tails defeat them, Starline's lab collapses and the good guys part ways with Eggman to return the Wisps to Whisper.

I know, I gave a brief summary, but this issue was one blast of a finale and was a real fun read like the others. It was fantastic, very fantastic and I love Evan's writing, even the art is expressive with the action scenes. Issue 56 may not be my favorite issue, but the Sonic comic has been really amazing from the start, regardless if it's not as super awesome as Archie Sonic was during it's decades-long run. Hopefully, IDW can continue to be engaging and epic in every way it can with good writers and perfect storytelling.

Honestly, IDW Sonic issue 56 gets a 9.5, it was so good and the IDW crew cares so much about Sonic and his friends and the lore just as SEGA does. Good luck, guys, and take care.