BW3: Perfectionism and Procrastination and books! Oh my! 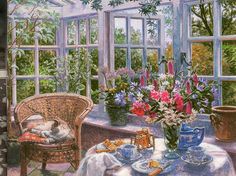 Happy Sunday! It's book week three in our 52 books quest and this week's mission is to read something with Blue on the cover or in the Title.

This past week I finished Black Orchid Blues which was icky, and needed a brain bleach after finishing it so I reread Kitty and the Midnight Hour by Carrie Vaughn.  I can see I'll probably end up rereading the whole Kitty Norville series this year, now that I've finished the first.

I rarely give up on books once I start them, but unfortunately had to give up on Rebecca Roanhorse's Black Sun.  The first chapter was cringe worthy, then it got more confusing from there. There is a character who is referenced as xe or xir or iktan interchangeably, within the same sentence, within the same paragraph, within the dialog,  which not only confused the heck out of me, but was annoying as well. I couldn't follow the discussion because it kept throwing me out of the story. The rest of characters are equally unfathomable. Unfortunately I wasn't enjoying the story, so decided it was time to give up. I enjoyed Roanhorse’s Trail of Lightning, this one not so much.

So I turned to Keri Arthur’s stand alone book Who Needs Enemies which was good. I like her writing. The poor character was battling trolls through out the story. She had remarkable recuperative powers. LOL! (Book #6)

Got through vol 1 of 1Q84 and now onto vol 2. It’s not at all like I remembered it.  I think I mixed it up with Wind Up Bird Chronicles.

Time for something different. I pulled up dusty ebook The Blue by Nancy Bilyeau which is a historical fiction novel about a character finding out the secrets of making porcelain and the color blue.  Enjoying it so far.

Do I overthink the story to the detriment of the story, to the detriment of my imagination. Probably. I've been avoiding my story, avoiding revising and finishing it. Why, I don't know. Writer's block or procrastination?  I know the minute I open the document, I'll change the same darn sentences for the millionth time until I warm up and wonder why I'm not making progress.

Cameron would say, as she says multiple time in Write for Life as well as The Artist's Way and all her other books, to take it to the page. Do your morning pages and figure it out.  Which I will, when I find the time. LOL!  Just kidding. I've done morning pages off and on over the years and they've helped me work out all kinds of problems.

It's interesting because last night I watched a zoom conversation between Jayne Anne Krentz and J.T. Ellison and although they are seasoned writers, they go through the same self doubt with the beginning of every story.  So I guess it never goes away, you just power through it. Time to through my inner critic, my doubting Thomas in a box and lock him up, and back to the morning pages I go...

Life wise, we continue to clear out the garage and I've been going through all the years of  homeschool curriculum and household records as well as all our stored books. . Deciding what to keep and what to let go.  All of it is bringing back lots of memories, and working through the good, plus the bad which isn't always cathartic.  More of a reason to do morning pages, so I can work it out of my system.  On the good side, have been 'finding' a lot of books that I want to reread and even rearranged our shelves in the house to accommodate a few. Shh, don't tell hubby.