A Hard day for a Hangover, Seven Days in June, and One Day all make for an interesting combination 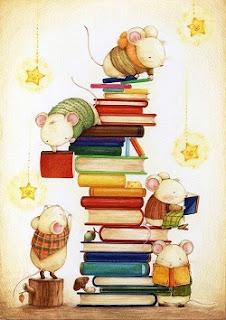 Thought that would get your attention!  LOL!

The third and final book in Darynda Jones Sunshine Vicram series came out called A Hard Day for a Hangover which has some laugh out loud funny moments.

“Some people greet the day with open arms. Sheriff Sunshine Vicram would rather give it a hearty shove and get back into bed, because there’s just too much going on right now. There’s a series of women going missing, and Sunny feels powerless to stop it. There’s her persistent and awesomely-rebellious daughter Auri, who’s out to singlehandedly become Del Sol’s youngest and fiercest investigator. And then there’s drama with Levi Ravinder—the guy she’s loved and lusted after for years. The guy who might just be her one and only. The guy who comes from a family of disingenuous vipers looking to oust him—and Sunshine—for good.  Like we said, the new day can take a hike.”

Now that I've finished Hard Day for a Hangover, I want to go back and reread the trilogy in order.

Picked up and read Seven Days in June by Tia Williams which was quite good. Two very flawed, dysfunctional characters meet again after 15 years. Can they make a dysfunctional relationship into  a healthy one.

“Eva Mercy is a single mom and bestselling erotica writer who is feeling pressed from all sides. Shane Hall is a reclusive, enigmatic, award-winning novelist, who, to everyone’s surprise, shows up in New York.

When Shane and Eva meet unexpectedly at a literary event, sparks fly, raising not only their buried traumas, but the eyebrows of the Black literati. What no one knows is that fifteen years earlier, teenage Eva and Shane spent one crazy, torrid week madly in love. While they may be pretending not to know each other, they can’t deny their chemistry—or the fact that they’ve been secretly writing to each other in their books through the years.

Over the next seven days, amidst a steamy Brooklyn summer, Eva and Shane reconnect—but Eva’s wary of the man who broke her heart, and wants him out of the city so her life can return to normal. Before Shane disappears though, she needs a few questions answered…”

Williams recommended One Day by David Nichols as one of the books that inspired her writing, so that one is in the stacks now.

I'm enamored with the Queen Consort's The Reading Room where she talks about books, books, and more books. She picks four books a season which I think is a quarter and has a readalong with background and historical videos by the author. Her choices are  rather eclectic and it was just announced on Instagram the next season will start on Jan 13th and includes Labyrinth by Kate Mosse, Mrs 'Harris Goes To Paris by Paul Gallico. The Far Pavilions by M. M. Kaye, and Great Circle by Maggie Shipstead.  Which I just happen to have in my TBR pile.  Looking forward to reading along with the Queen consort.