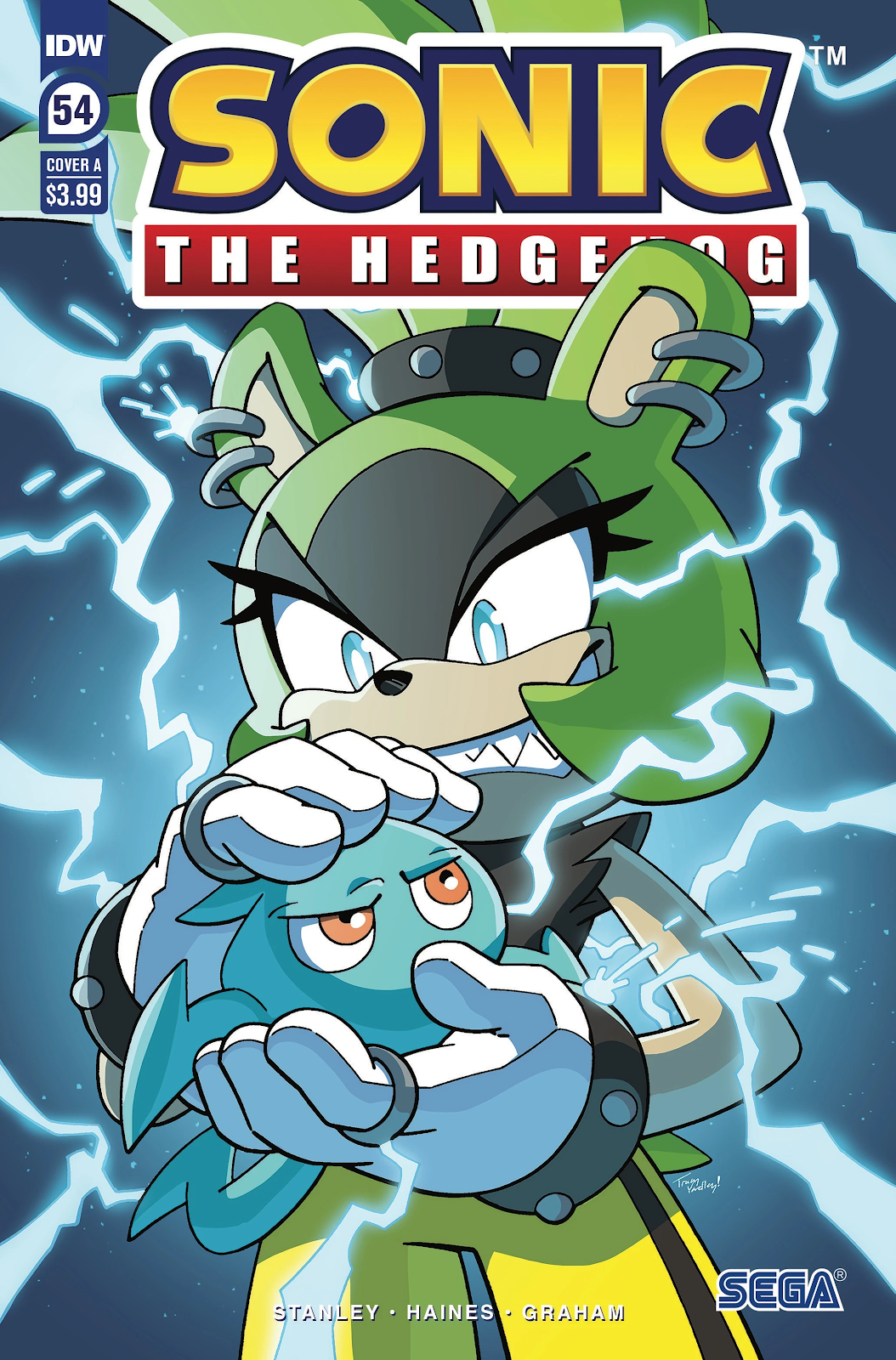 Sorry I took a long time, fellow fans, but here is my review of issue 54 of IDW Sonic.

Oh boy, it is intense AF, especially when Kit finds that Surge is alive and rejoins her while Sonic is fighting the latter before the former arrives. And on top of that, Surge is dealing with hallucinations of the recently deceased Doctor Starline near the end of the story before Kit comforts her.

Wow, ok, here are my thoughts in this relatively short review.

The issue wasn't half-bad, the writing is so way past cool to the limit, the game characters and the comic originals interact so nicely and there is so much action to enjoy. While Archie Sonic produced some engaging stories over the two decades of its existance, IDW Sonic has produced some amazing stories within four years of its run that could blow the Archie stuff out of the water.

This year, we have seen some amazing content from SEGA and their crew. Sonic couldn't be more blessed and we fans can't get enough Sonic, the hedgehog is the king and the franchise is here to stay for a long time to come. Lets hope Surge and Kit eventually make their way into the games down the line, love to see them be playable alongside Doctor Starline and Belle just as Tangle and Whisper got lucky.

Now, its scoring time. This new comic issue, well, its getting a 9.5. Bravo, IDW! I salute you!