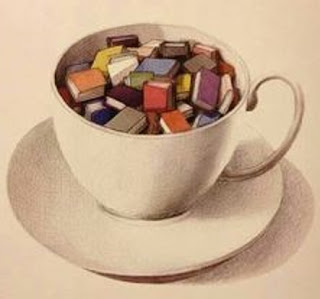 It's Book Week 45 in our 52 Books bingo quest and it's all about different cultures.

I finished Carlos Ruiz Zafon's Angel's Game, #2 in the Cemetery of Lost Books in which Daniel slowly loses his mind as people he loves and those surrounding a long ago mysterious disappearance are never what they seem to be.

"In this powerful, labyrinthian thriller, David Martín is a pulp fiction writer struggling to stay afloat. Holed up in a haunting abandoned mansion in the heart of Barcelona, he furiously taps out story after story, becoming increasingly desperate and frustrated. Thus, when he is approached by a mysterious publisher offering a book deal that seems almost too good to be real, David leaps at the chance. But as he begins the work, and after a visit to the Cemetery of Forgotten Books, he realizes that there is a connection between his book and the shadows that surround his dilapidated home and that the publisher may be hiding a few troubling secrets of his own. Once again, Ruiz Zafón takes us into a dark, gothic Barcelona and creates a breathtaking tale of intrigue, romance, and tragedy."


Next up #3 in the Cemetery of Lost books - The Prisoner of Heaven.

"Barcelona, 1957. It is Christmas, and Daniel Sempere and his wife, Bea, have much to celebrate. They have a beautiful new baby son named Julián, and their close friend Fermín Romero de Torres is about to be wed. But their joy is eclipsed when a mysterious stranger visits the Sempere bookshop and threatens to divulge a terrible secret that has been buried for two decades in the city's dark past.

His appearance plunges Fermín and Daniel into a dangerous adventure that will take them back to the 1940s and the early days of Franco's dictatorship. The terrifying events of that time launch them on a search for the truth that will put into peril everything they love, and will ultimately transform their lives."
at November 06, 2022