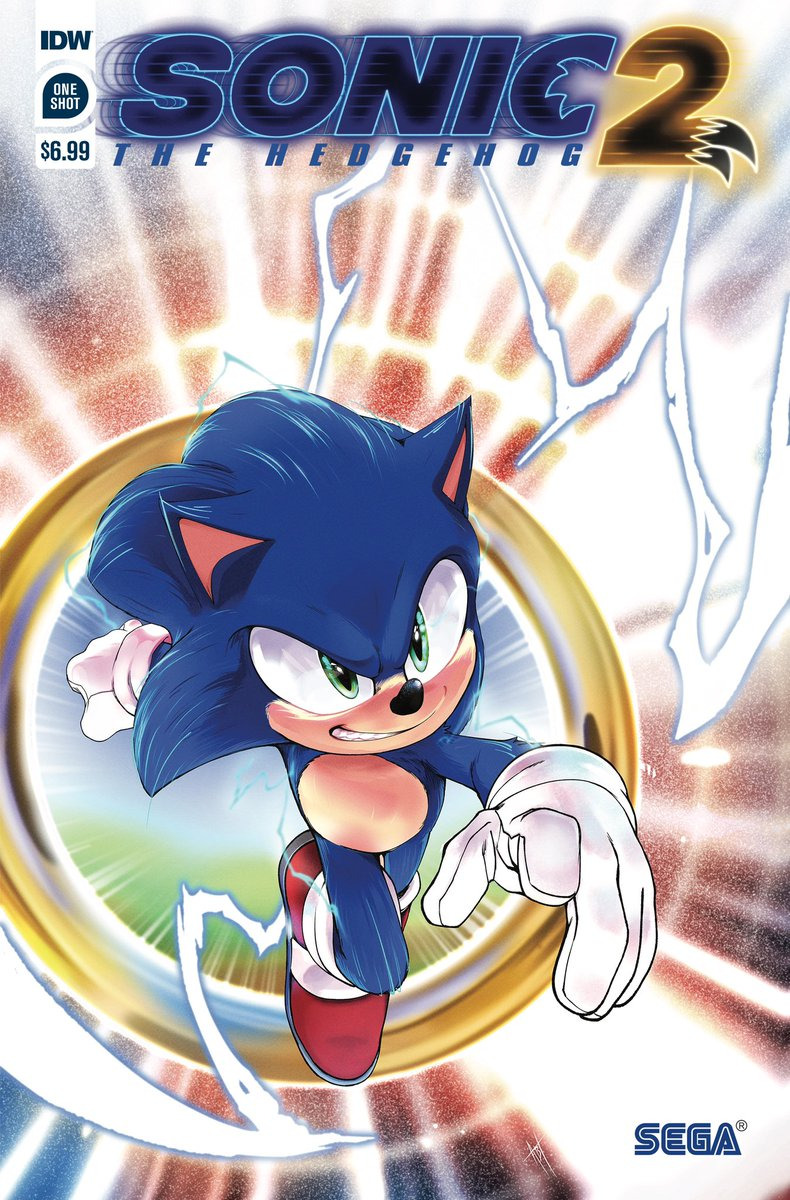 In 2020, after decades of trial and error, the Sonic the Hedgehog movie finally released and was a massive success to a point where it rejuvenated Sonic's popularity as an icon and paved the way for a sequel that is now coming out. And to celebrate, IDW Publishing, which has the Sonic license, is FINALLY doing a comic tying into the Sonic Cinematic Universe and serving as a prequel to the second movie.

That's right, we finally got an IDW Sonic comic set in the movie universe between the first and second films, which means we get to see humans in IDW. Plus, there's five stories. One features the main hero, the others feature Knuckles, Tails, Agent Stone (Lee Majdoub's character) and Movie Robotnik respectively. The last one happened to be "spearheaded" by actor Jim Carrey himself, you can tell IDW was working with the people at Paramount to make sure they get the Movie Sonic universe right.

I'll tell you now, the writing and the visuals is really good. IDW put a lot of effort into it and, I'm so impressed, I'd love to see more IDW Sonic stories set in the Movie Sonic universe. The Sonic Cinematic Universe really is successful and, if it weren't for the first movie, we would not be seeing a comic book like this one. I wanna read this again and I want to read more IDW Movie Sonic stories.

Sonic's story was really nicely-written, showcasing Sonic's antics (and heroics) in the town of Green Hills after the first movie while he apparently tries to come up with a superhero name, going through different ideas until he finally settles upon "Blue Justice" when he defeats the bad guys at the bank. Him interacting with Crazy Carl was really quite cool, so cool, I can almost hear Frank C. Turner's voice when I think about Crazy Carl's dialogue while talking with Sonic.

Regarding Agent Stone's story, seeing the man who was Doctor Robotnik's associate continue to serve the missing Doctor's evil and how villainous he can be in Robotnik's absence was quite... an intriguing read. Lets see more Agent Stone stories, can we get that please?

As for the Knuckles & Tails stories, learning that Movie Knuckles is the last of his kind just like his game self was a nice connection to the games. Tails' story provided a lot of world-building, bringing in that lizard villain known as Rava the Destroyer from the concept art for the first film and confirming Longclaw's death, the latter is sad but its ok if you don't want to bring Longclaw back. Sonic learning of her fate in movie 2 should be a touching scene.

Finally, we get to Mushroom With A View, which showcases Movie Robotnik's journey and struggle for survival on the Mushroom Planet. The writers just nailed it, he is so goofy and villainous at every point. I'm actually glad Jim Carrey loves his version of Robotnik, this story shows we do need more Eggman stories, no matter what version of him we're dealing with. Forget about Classic Sonic and Classic Eggman, SEGA should be using the SCU as a sub-brand instead of the Classic era. Seriously, people hate the usage of Classic Sonic as a sub-brand, you got the movie universe so use that as a sub-brand or don't use a sub-brand at all.

My final score for this comic is a ten, I want to read this over and over again, Sonic's fame is as strong as ever and SEGA (and their partners) know this. May Sonic travel to higher heights than ever before for years to come and may he never lose that popularity again, happy 2022, Sonic the Hedgehog, and may the second movie be the celebration of your legacy just like the first film.