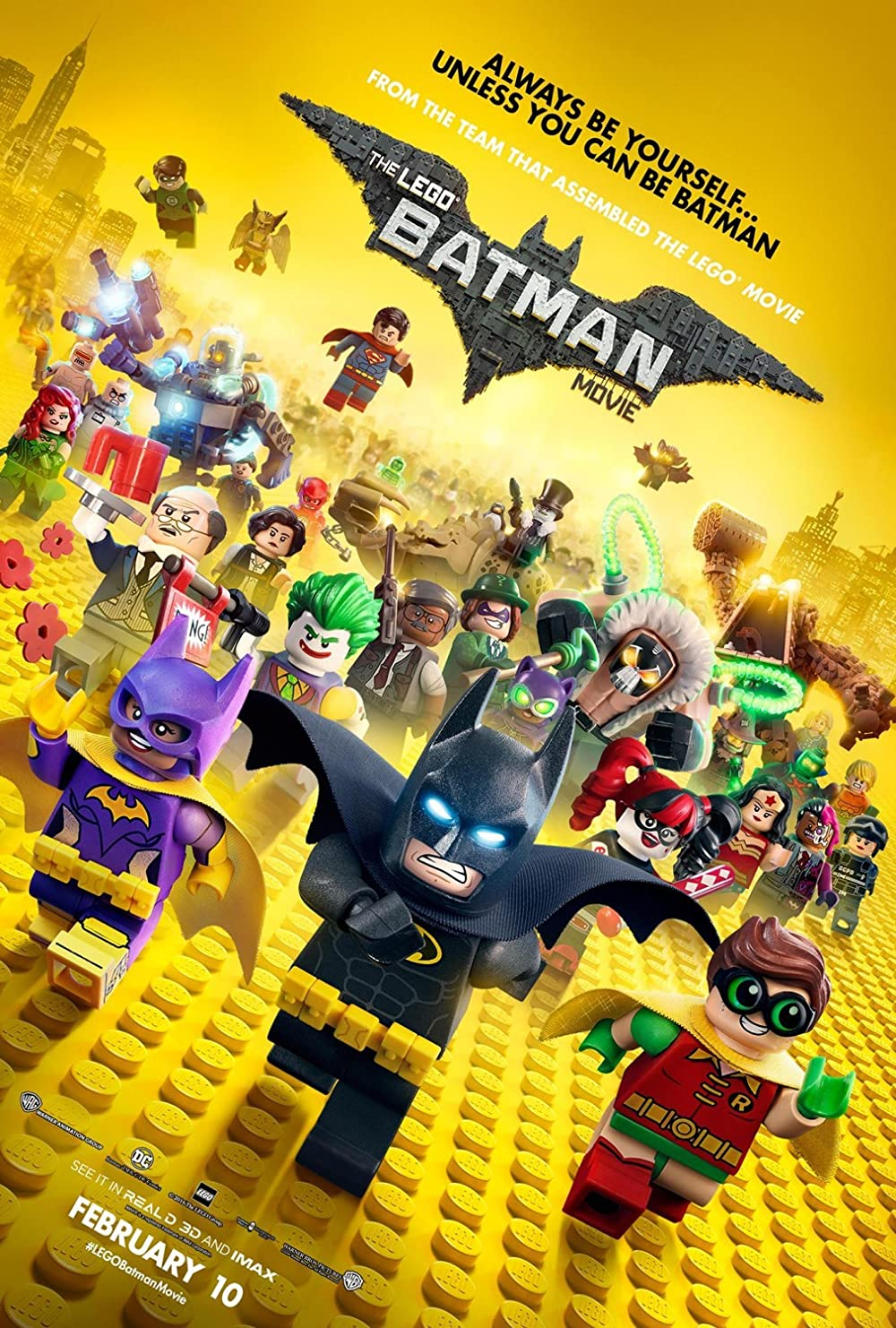 Hello again, old friends. Its time we dive into the Batman realm again, but we're gonna be delving into kid friendly territory this time... with THE LEGO BATMAN MOVIE released in the year 2017, kinda set in the universe of THE LEGO MOVIE as a a spinoff starring Will Arnett as the LEGO version of the gritty protector of Gotham, Batman himself.

And before we go further, I will say that if you're thinking of DC Super Heroes Unite, that is a totally different LEGO Batman movie as this is the real LEGO Batman movie. Difference, one is animation and the other is live-action stop-motion animation with voice acting. Ok, clarification over. This movie was released in the 5 years between The LEGO Movie of 2014 and The LEGO Movie II of 2019, focusing on Batman, his character and relationships and battles with his well-known enemies.

The LEGO Batman Movie, from start to finish, is a fun family film with lots of action, comedy and is almost essentially a love letter to decades of Batman stories no matter what continuity those stories were set in. You see nods to the 60s shows, nods to the movies and nods to the comics, nods to almost everything from across the Dark Knight's (then) over 78 year history from 1939 all the way to the modern day. If you're a long time Batman fan, you'll figure out some of those nods.

We saw this movie together and it was a fun blast to watch compared to many other superhero experiences, despite those experiences being great to go through. If you're looking for a family-friendly Batman movie to watch with your kids without worrying about dark undertones, intense violence and scary sequences, then this is all for you to watch.

Will Arnett has a ball voicing Batman, doing his intimidating voice, and doing the calm normal voice of billionaire Bruce Wayne. Batman undergoes a character arc throughout the movie, from being a gruff and cold Dark Knight who feels that he doesn't need family or doesn't see The Joker as his greatest enemy to being open to family and accepts Joker as his greatest enemy by the end.

And while this is a Batman movie, it at one point ends up being a crossover with other properties such as The Matrix, Doctor Who, King Kong and a couple others when Joker goes to the Phantom Zone and returns with Agent Smith, King Kong and The Daleks in a team up against Batman. This movie is pure gold, even when its not trying to be super serious just like the source material.

THE LEGO BATMAN MOVIE earns a 10, it is fun and simple and straight forward with nothing to worry about. I had fun watching this and intend to see this again in the future, may Batman one day get another LEGO movie that's just as fantastic as this one. See you later, Batfans...