BW11: Daylight Savings and Super Powereds and History, oh my! 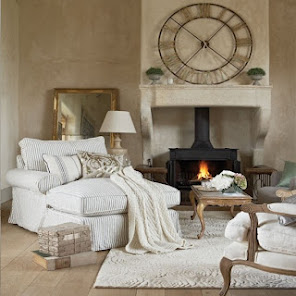 Ugg! Daylight Savings Time. Enough said. Although I am appreciating the fact we only have a few clocks to adjust when I think about the clock merchant who has to reset a 1000 clocks. It's week 11 in our 52 Books Quest and our next 52 Books Bingo category is All the World's a Stage. Which works well with our golden age theme since William Shakespeare was alive during the Elizabethan era, considered the Golden Age in English history.

I finished Super Powereds Year Four by Drew Hayes. Many answers to all the questions throughout the books. The kids learned so much the final year through their battles and the intramurals, learning to trust themselves and their powers, culminating in the final battle between the Heroes and bad guys. We never did find out which ten graduated? Grateful for the epilogue ten years later giving an update on all the characters. This is one series I'll read over and over again.

Also finished Josephine Tey's Daughter of Time and love Inspector Grant. He's very cerebral. Grant is recuperating in the hospital from an injury during the line of duty. He's bored out of his mind and becomes enamored with a picture of Richard the III and if the story was true that he killed his two young nephews. Grant involves everyone in his mystery from the medical staff to his friends while he reads everything he can about Richard. Along the way he uncovers the historical facts are tonypandy - historical events that were well-accepted but not reported accurately - in books like Sir Thomas More which Grant discovers were all hearsay since More was too young at the time of the event. Fascinating story and I will never think of history in the same way again.

I'm up to H for book by title and E for author. In actuality my reading has been all over the place, every though trying to read alphabetical. Keep getting side tracked with other books so kinda reading out of order. Working on two books - historical fantasy novel Hidden Palace (#2 in the Golem and the Jinni) by Helene Wecker and science fiction novel Ursula Le Guin's Left Hand of Darkness. I've stumbled across a couple articles on Le Guin - My Le Guin Year and My Year of Reading Ursula Le Guin and decided the universe was telling me to stop staring at the book on my shelf and read it, so there you go.


We watched Adam Project on Netflix Saturday night. Lots of action with plot, great script, and wonderful acting. If you have a chance to see it, do. So very good.
at March 13, 2022