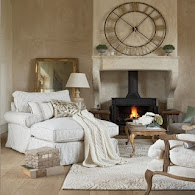 In my web wanderings this week, I was drawn into an article about artist Rockwell Kent and his quest for solitude and inspiration in Wilderness, Solitude, and Creativity: Artist and Philosopher Rockwell Kent’s Century-Old Meditations on Art and Life During Seven Months on a Small Alaskan Island, which lead to Musings on Art: Rockwell Kent - A Champion of Peace, which lead to Kent's illustrated Moby Dick. Makes me want to read the Moby Dick, or The Whale illustrated version now as well as Kent's book, Wilderness, his journal about his time in Alaska. Rabbit trails as so much fun.

Another interesting article about Author Joanne Harris turns down US book deal over censoring of ‘f-bomb’, particularly because it was pertinent to the story. Which lead of course to her blog and her response about sensitivity readers the publishing houses have begun to employ. In her blog post On Sensitivity readers, weakness, and staying alive, Harris makes a good point.

"Books all have shelf lives, just as we do, and Dickens’ work has survived in spite of his anti-Semitism, not because of it. The work of many others has not. Books are for readers, and if an author loses touch with their readers - either by clinging to outdated tropes, or using outdated vocabulary, or having an outdated style – then their books will cease to be published, and they will be forgotten. It happens all the time. What one generation loves and admires may be rejected by the next."

But that doesn't mean they need to be banned or changed. It's all in the context.


Lee Child's Jack Reacher first book was adapted for a series on Amazon Prime. I watched the first episode and had to close my eyes during the prison fight, but otherwise I think Alan Ritchson is a great choice for Reacher.

Reading choices when it comes to narrators. Years ago, I only read books written in third person narration and refused to read any written in first person. Until I came across a writer who usually wrote in third and had switched to first, captured my attention, pulled me into the story without confusing me and sold me on first person narration. Since then I've found some really good books from writers who do first person very well. The ones who don't, forget about it. You know the ones I mean.

I went back to school in my late forties to finish my Bachelor's Degree and during a literature class, imagine my surprise when I had to read a book written in second person narration. Yes, it was weird, but once I got into the story, was able to accept the narrator and keep going. Since then, I'll stumble across another written partially or totally in second person and give it a go. Of course, we're back to whether it's well done or not and does it pull you in.

Which leads to my F book and I guess you could say the the third time the charm, although I have picked up this book to read numerous times but couldn’t get past the first page. N.K. Jemisin’s The Fifth Season. Started it Saturday and found myself intrigued. which has mixed narration, both 2nd and 3rd and finding myself enjoying it.
I finished Super Powered Year three this past week as well as Amanda Quick's Garden of Lies.
at February 20, 2022