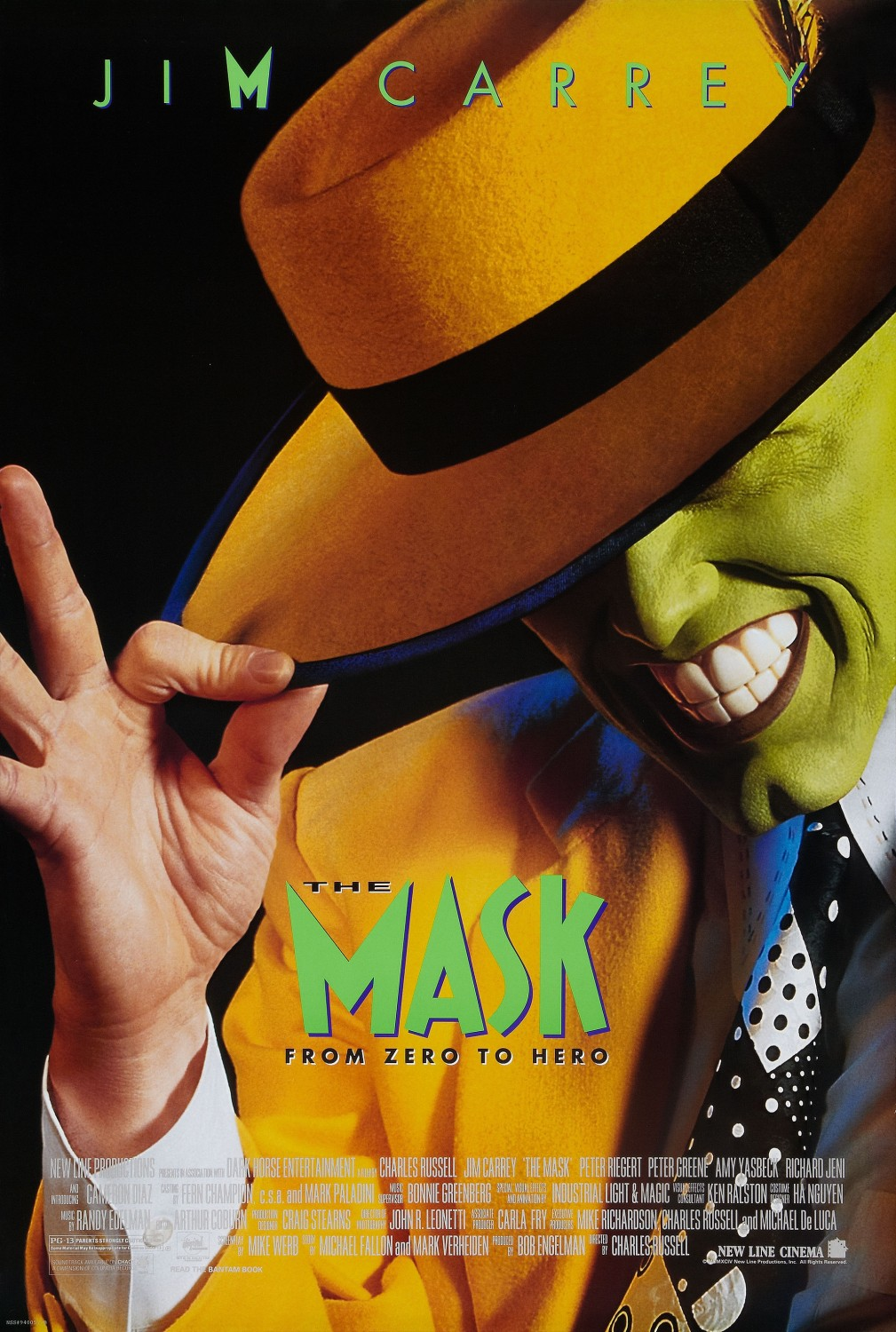 Greetings, friends. Today, we are here to discuss... THE MASK!

That's right, we're about to review the classic 1990s Jim Carrey movie based on the comics published by Dark Horse, serving as a family-friendly adaptation to a somewhat super violent comic.

So, what is The Mask about and what are my thoughts on this cheesy movie from the 90s since I've seen it twice at this point?

Well, a bank clerk named Stanley Ipkiss (who is played by Mr. Jim Carrey, of course) finds a mask in a river one night and, whenever he puts it on, he turns into a living, cartoonish super-being capable of just about anything. Stanley has a crush on a club singer, whom he meets early on in the film, and, after he earns over her heart as The Mask, lands himself in hot water with a criminal who is in love with her. But in the end, Stanley saves the day and gets rid of The Mask.

Now that the short synopsis is out of the way, what do I think of the movie?

Its quite good, they handled the source material within the limits of the PG-13 rating very nicely. Jim sold it as Stanley/The Mask and there was a lot of good acting from almost every actor in the movie. For its time, The Mask is quite the 1990s product and there is no doubt that it is nothing more than a good comic book movie full of humor, action and a decently put together plot.

If there is anyone who has not yet seen it, go watch it on HBO or cable, you're not missing anything. The Mask is worth your time, trust me on it. Then after that, you could eventually watch the sequel "Son Of The Mask", but beware of what you're getting into, Son of The Mask is very, very bizarre.