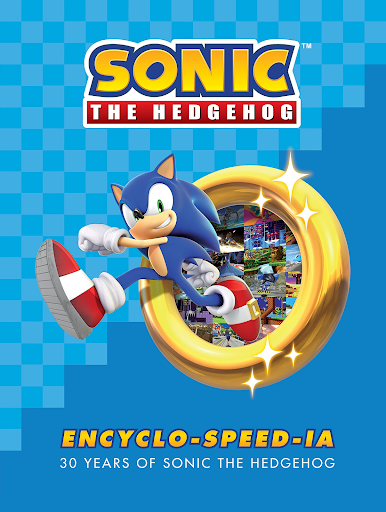 2021, ten years after Sonic's 20th Anniversary and five years after his twenty-fifth, SEGA and the fandom celebrated Sonic's long-awaited 30th Anniversary. The anniversary technically began a year in advance with the release of the highly-anticipated Sonic The Hedgehog movie from Paramount which was a love letter to the franchise and rejuvenated Sonic after years of declining popularity, returning him to a status of high-popularity not seen since the 1990s.

And amidst all that was going on, SEGA collaborated with Dark Horse Comics and popular writer Ian Flynn, not to create a Sonic comic, but to create a book that served as a complete history guide to the decades-worth of Sonic games. This was the Sonic Encyclospeedia.

I got this for Christmas after weeks of seeing other people reading it and read the entire thing in one sitting while opening up gifts on Christmas Eve. So, what do I think about it? Well, Ian is a great writer and he put a lot of effort into that research and everything that we saw about the games and the franchise factoids that popped up in this Encyclospeedia.

Did it clean up any lore inconsistencies?

Were there any acknowledgements of other Sonic media aside from the games?

Yes, both Archie, Fleetway, SatAM, AoSTH and Sonic Boom were directly and indirectly acknowledged in this very book along with Sonic Chronicles, which had a section of its own. And at the start of the book, there was a sweet message from Takashi Iizuka, the head of Sonic Team and semi-steward of the Sonic franchise. 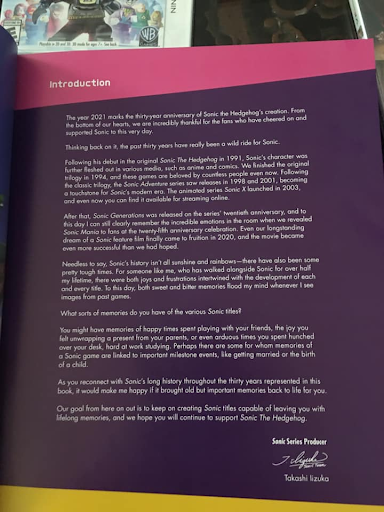 Take a moment and look at it, read it all. No matter what the fans think of him, Iizuka cares very deeply about Sonic just like everyone else and will do what he can to ensure the blue blur succeeds globally, even if he, the rest of his team and the rest of the franchise were held down by corporate restrictions from the higher-ups at SEGA of Japan.

And after years of working on Sonic projects with SEGA and having been part of the fandom (as well as the franchise's history), writer Ian Flynn knew what he was doing and knows what he is doing, especially with what he's given and how he navigates certain restrains. Just like Iizuka, Ian cares about the franchise, its world and the characters. He worked so hard on the comics and became so popular with the fanbase, this man deserves his long-awaited promotion to writer for the games' stories.

Yup, the man behind the story for the (as of right now) upcoming Sonic Frontiers video game is the same man who worked on this, Archie Sonic during its last decade, some Sonic Boom episodes, and IDW Sonic. Heck, he's also involved with the multiverse-spanning adventure show Sonic Prime.

Overall, the Sonic Encyclospeedia is a good read alongside the Mario Encyclospeedia (which also came out during the Mario Bros franchise's 30th anniversary), the Hyrule Historia, Breath Of The Wild Creating a Champion and the Hyrule Encyclospeedia. If anybody out there wants to learn more about the games, get this book, its great.

However, this is not the first time Ian Flynn wrote a Sonic encyclopedia. All the way back in 2012, well before the reboot, Archie Sonic received an encyclopedia that contained nearly two decades of lore compiled together. And by pure coincidence, the Encyclospeedia is coming out right as the Sonic games are about to go through a reboot of some kind. History can repeat in many impossible ways.

My overall score for the Encyclospeedia is a 9.5/10, its a must-have and a must-read for the Sonic fans, be it newcomers or long-time fans. As I said before, if you don't have it yet, go get it. Now, I take my leave. Have a good life out there, don't get sick and don't hurt yourself. And remember, gotta go fast.