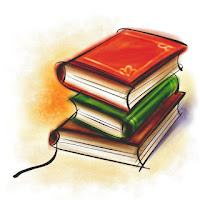 Christmas Eve is almost upon us and and it's time to Jólabókaflóðið.  I've added a few more ebooks to my virtual stacks thanks to some awesome Kindle deals.  Nick Magnus's The Cat and the City, Doris Lessings, Grass is Singing, Jack McDevitt's Ancient Shores Magnus Fly's City of Dark Magic, Ursula Le Guin's The Dispossessed, Kate Quinn's The Huntress,  William Faulkner's Snopes Trilogy, and Jon Sweeney's Thomas Merton: An Introduction to His Life, Teachings, and Practices.  Yes, I know... When will I find time to read them all.

I'm 100 pages into Hilary Mantel's Wolf Hall and once I got used to her writing, enjoying the story and historical aspects.   Mantel has a way with imagery and loved this line:  " Their bodies breathed out the faint borrowed scent of sun and herbs."  I also like Thomas Cromwell's dry wit.  I think this is one book which will take me to the end of the year to finish.  It's not one to speed read through.

20 recommended reads for those who dream of traveling to Iceland

Sadly Joan Didion has passed away.

It's not to late to read more Christmas stories:  25 Best Christmas Historical Fiction Books for the Holidays

Hugo Awards, Astounding Award, Lodestar Award 2021 Announced.  Martha Wells Network Effect won. The nominees included Piranesi by  Susanna Clarke which I have on my shelves as well as  The City We Became by N.K. Jemisin (Still haven't finished the Fifth Season), The Relentless Moon by, Mary Robinette Kowal (Will have to check this one out as well as Harrow the Ninth by Tamsyn Muir.  And last but not least, Black Sun by  Rebecca Roanhorse which I'm looking forward to reading soon.

Don't remember if I share this one before.   How Nancy Drew Solves Crimes.  Will come in handy for an upcoming challenge on 52 Books. Nudge Nudge Wink Wink.