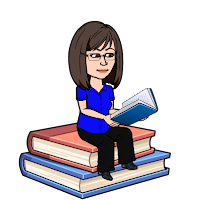 Good morning from my part of the world.  New read is from Michelle Diener's science fiction series Verdant Springs -  #1 Breakaway

"She's the key to everything . . . Sofie has a choice--she can eke out an existence in the shadow of Felicitos, the tethered way station where she works on the breakaway planet of Garmen, or she can to bring it crashing down. When she teams up with Leo, a man who's dedicated his life to fighting her enemies, her choices start to narrow, until her secrets are the only thing keeping her alive.

Leo is all too aware he doesn't know enough about Sofie, something his own security detail is not slow to point out, but he can't keep away. When Sofie reveals her links to the resistance, and shows him those in control of Garmen have begun swimming in dangerous waters, he realizes his plan to overthrown them in a careful operation of a thousand cuts is no longer workable.

The time has come for a single, lethal strike--and that will not be without consequences . . ."

"Wedding photographer Mackensie "Mac" Elliot is most at home behind the camera, but her focus is shattered moments before an important wedding rehearsal when she bumps into the bride-to-be's brother...an encounter that has them both seeing stars.

A stable, safe English teacher, Carter Maguire is definitely not Mac's type. But a casual fling might be just what she needs to take her mind off bridezillas. Of course, casual flings can turn into something more when you least expect it. And Mac will have to turn to her three best friends—and business partners—to see her way to her own happy ending."