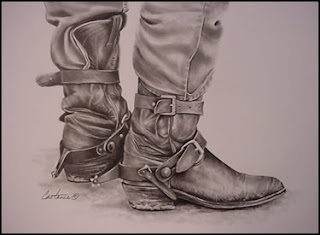 It's book week 2 in our 52 Books quest and I have anti-heroes on my mind today and have been thinking about the differences between the antihero and the villain, or between the hero and the anti-hero.  My son and I have been watching you-tube videos by Harry Potter Theory about the Harry Potter series and they've posted several videos discussing Severus Snape. You never quite know whether to trust the man. What are his motives?  Is he good or bad, working for or against Harry?

Joe Bunting from the Write Practice says:  "Snape, like all Anti-Heroes, represents what society detests: cruelty, cowardice, self-interest, and dishonesty. He is the opposite of the hero, a villain, and yet somehow he’s a villain on the good guys’ side."

We love to hate them, but then again we have to trust that the good side will outweigh the bad side and they'll redeem themselves in the end.

I’m currently sipping from Sharon Kay Penman’s When Christ and Her Saints Slept and Harry Potter and the Sorcerer’s Stone. I didn’t get too terribly far in either book when I was distracted by life events and turned to comfort reads.  Nora Robert is one of my favorite authors and her Key Trilogy drew my attention this week.  I think a Nora Roberts reread is in order for the year as she provides not only comfort, but creativity as her writing inspires me.

Decided with ebooks I’m going to go alphabetical A to Z and I finished And Then There were Nuns as well as Baking Bad and even managed to write reviews for them. Started My Christmas Number One by Leona Mack.

Craft wise I’m sipping on Light the Dark: Writers on Creativity, Inspiration, and the Artistic process edited by Joe Fassler as well as James Scott Bell’s Just Write.   In the middle of John Strelecky’s Café on the Edge of the World and for some reason this story strikes me as an advertisement for something else. Can’t quite put my finger on it, but something is missing in the narrative.  For some reason it reminds me of Amway. 😊

I don’t have just one favorite anti hero. At this point in time, Roland from Stephen King’s Dark Tower series and Severus Snape from Harry Potter are my two favorites. Lizbeth Salander from the Girl with the Dragon Tattoo runs a close third.  She was an odd duck.