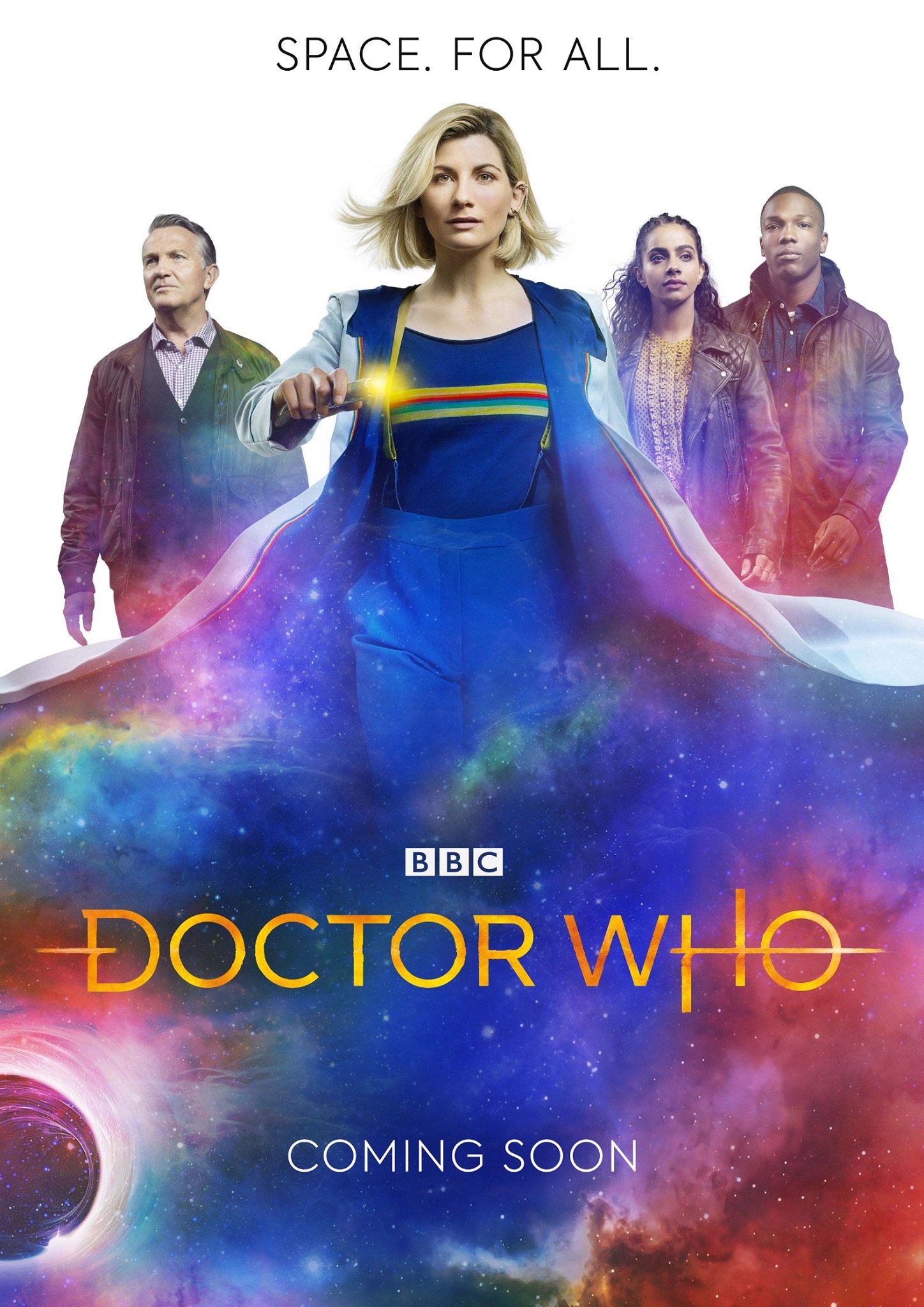 Hullo Whovians. With the twelfth season of New Who behind us, it's time to take a look at the season as a whole including the season finale, the story arc of the Timeless Child and a bit more. So let's get started.

After Series 11 finished in December 2018 and the Dalek episode "Resolution" aired on New Year's Day in 2019, it would be a long time before we heard from The Doctor in  January 2020 with the two part episode Spyfall,  a James Bond parody. The two-parter saw the return of The Doctor's rival Time Lord The Master while the 13th Doctor and her companions Graham, Ryan and Yaz work to solve a mystery involving strange beings made of energy, working with The Master and a madman who wants humanity destroyed. By the end of the episode, the rest of the season was set up with the Timeless Child being mentioned again, having not been mentioned since the episode "Ghost Monument". Also, The Master destroyed Gallifrey and The Doctor's now the last Time Lord once again.

The next episode Orphan 55 saw Team Tardis visit a spa on an unknown orphan planet where they dealt with creatures known as Dregs and discovered that Orphan 55 is actually Earth in a possible future following a thermo-nuclear war. The episode was intense and it ended with The Doctor saying that we have to protect the planet, otherwise, we'll destroy it with our fighting among each other. Nikola Tesla's Night of Terror saw The Doctor meet Nikola Tesla and good old James Edison, history's most brilliant inventors in the United States of America, and them teaming up to deal with aliens who want to use Mr. Tesla for his intelligence.

Fugitive of the Judoon was a big one as it saw the return of the Judoon, who had not been seen in ages, and Captain Jack Harkness, who was last seen in The End of Time Part 2 as well as a couple episodes of the spin-off Torchwood, with John Barrowman reprising his role. Not only that, we ended up meeting Ruth Clayton who turned out to be... The Doctor. Where does she fit in The Doctor's regenerations? Who knows, we'll leave that for later when we tackle the finale.

Skipping past the weird episode Praxeus, we come to the episode Can You Hear Me which continues the Timeless Child arc and sees The Doctor face off against two immortal gods who are stirring up trouble and have to be stopped. Following this episode, we come to the episode The Haunting of Villa Diodati where Team Tardis meets the writer of Frankenstein, Mary Shelly, and encounter the Lone Cyberman known as Ashad, who is a partially converted Cyberman with a visible human face and seeks to restore Cyberman supremacy. During the encounter, The Doctor gives Ashad the Cyberium, an unknown Cyberman substance that can allow you to create Cyberman.

Nearing the end, we come to Ascension Of The Cybermen where The Doctor and her companions team up with a group of humans to fend off and survive against Ashad and his Cybermen forces. The team splits up as they try to escape. The Doctor and Ryan end up at The Boundry at the edge of space while Graham and Yaz end up on a Cyberman troop carrier where they find thousands of Cybermen and end up cornered by Ashad.

On The Doctor's side, as if things could not get any worse, a portal appears and shows the ruins of her home planet before The Master himself pops through, leading into the big finale of the season where The Master takes The Doctor to Gallifrey and they tour the ruins of the citadel, even going into The Matrix where we finally learn about how the Time Lords came to be and who was The Timeless Child.

Spoiler warning, The Timeless Child is The Doctor and she's had numerous lives well before the William Hartnell incarnation. Lore breaking? Not really. She's still a Time Lord.

Anyways, as The Doctor tries to recover from the big shocker, The Master takes out Ashad and uses the Cyberium to turn the remains of dead Time Lords into hybrids known as CyberMasters. What makes these new Cybermen special? They can regenerate. Also, as The Master taunts The Doctor, we get a reference to the Russel T Davies era episode The End of Time Part 1. What is it?

Yup, its the famous speech Rassilon did towards the end of the Last Great Time War as he prepared to unleash the Ultimate Sanction which was thankfully stopped by the Tenth Doctor. What was the speech like in the episode compared to this.

Rassilon: FOR VICTORY! (spit flies from his mouth)

Rassilon: FOR THE END OF TIME ITSELF!

Well, isn't that something?

Anyway, despite the odds, The Doctor is able to come to terms with the Timeless Child revelation and the Cybermen (including The Master) are defeated. But just as we're about to get a sweet, happy but bittersweet ending (with The Doctor's companions and most of the surviving Cyber-War refugees going to 21st Century Earth while The Doctor is in the Tardis coping), things hit the fan when the Judoon show up and throw The Doctor in jail, ending the season and setting up the Christmas Special.

This season was pretty good, not a lot of road bumps like with season 11. The only road bump was the freaking Praxeus episode, which I feel is not worth talking about as its a bit gross with creepy stuff appearing on people's skins.

This series/season gets an 8/10. It would've gotten a ten if Praxeus wasn't made or if The Judoon had not arrested The Doctor.

Anyways, can't wait to see whats is in store for The Doctor.
Later!