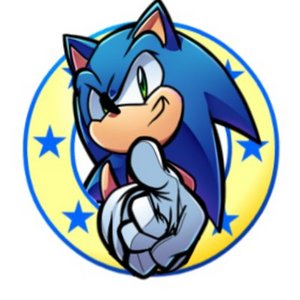 No, not that Sonic Legacy, get that outta here (even though it was pretty good)... 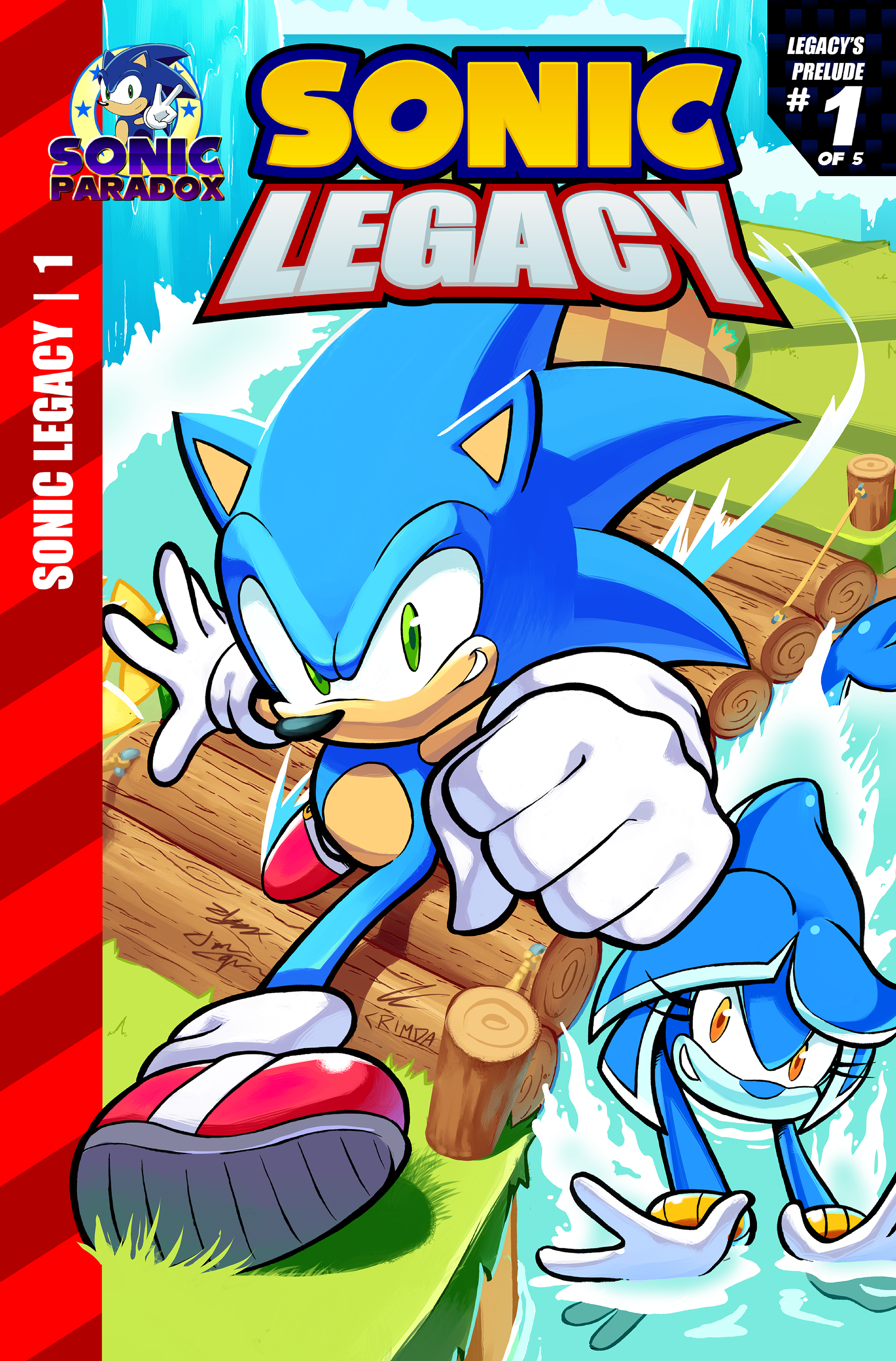 Ah there we are. So what's the story of Sonic Legacy?
Well, its made by fans for the fans. The fans making it, the folks at Sonic Paradox who make all those crazy cool animations that are either hilarious or are just stupid. The goal of this comic, to rejoice Sonic's long history and honor everything from the blue hedgehog's past, present and future, the good and the bad, adapt most of Sonic's games, tell original stories, etc.

So how do you kick off the most incredible fan-made comic in Sonic fan history?
By adapting the events of Sonic 1 for the SEGA Genesis of course...

Issue 1 (also the series as a whole) begins with a nice day at the beach on South Island, everything fine and dandy. Well, a chili dog vendor almost has an accident with his cart and batch of chili dogs until Sonic comes in and saves the day as well as the chili dogs too, much to the delight of the vendor. Things change when Tempest the Dolphin, an OC for the comic, appears and swipes Sonic's wallet. The two banter for a while before they decide to have a race, simple as that, right?

Well, almost. When the race begins, the two reach Green Hill Zone where things really dive into Sonic 1 territory as they encounter Eggman's robot minions and start freeing the animals inside them. But when Sonic and Tempest get to the area where Sonic is supposed to have his encounter with Eggman with his ball and chain, they encounter Eggette in the Egg Mobile. "Whoa." I hear you say, "Who's Eggette?" Long story. 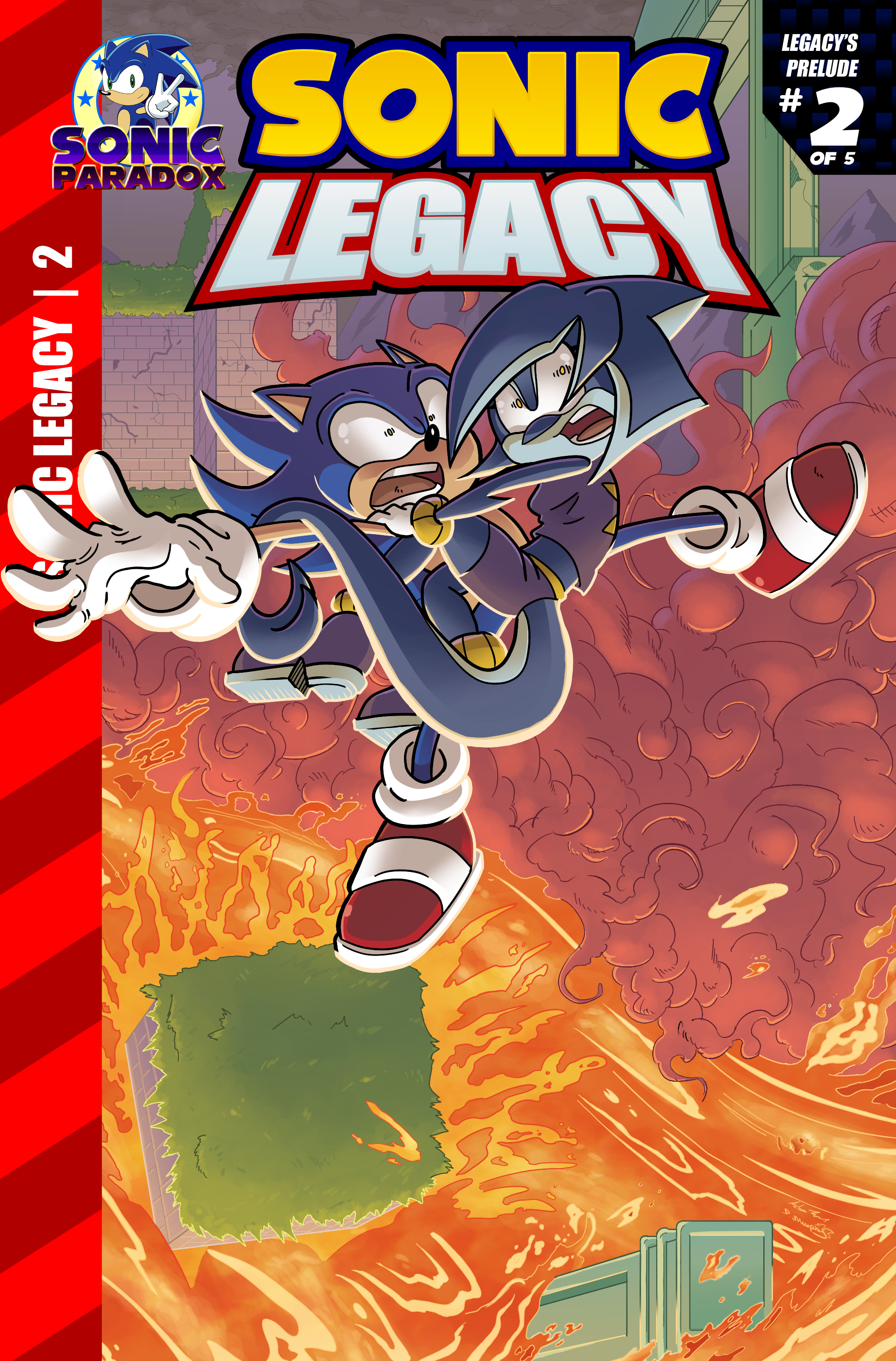 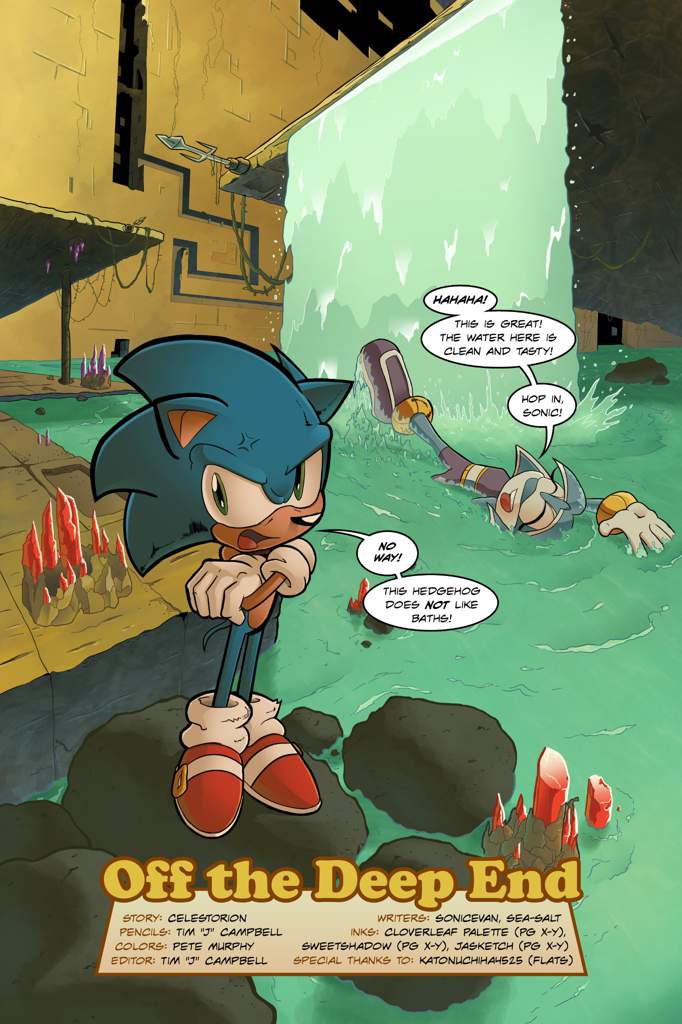 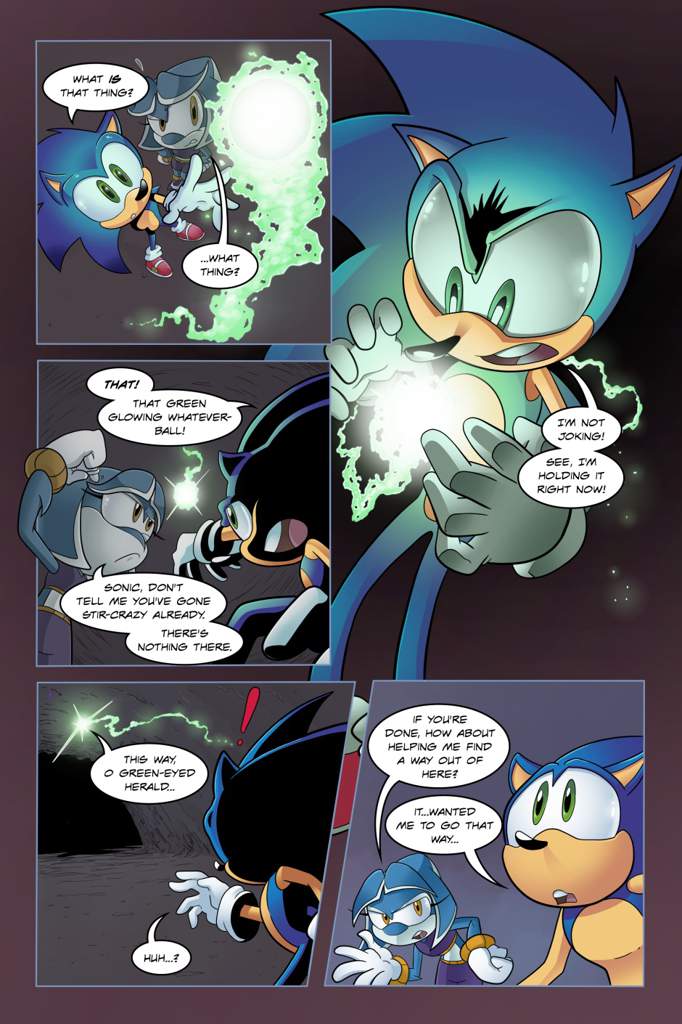 The two heroes fight Eggman's lackey/daughter and they defeat her, forcing her to retreat as they free the animals trapped inside the Egg Capsule before moving on to Marble Zone in issue two which shows them escaping the lava-filled doom trap before having a bit of a campfire night while Eggman and Eggette observe them from afar.
In the next issue, things really get a bit wet as Sonic and Tempest trek through the infamous Labyrinth Zone, which is where Sonic's fear of water comes in, despite Tempest offering to give the blue hedgehog swimming lessons. Sonic taking swimming lessons with a gorgeous girl? Hmmm... Anyway, despite the dangers ahead and so many hardships, they manage to get through the water-filled labyrinth and, instead of going to Star Light Zone, its straight to Scrap Brain. After all, the arc can be so long, not to mention the comics.

Issues 4 and 5 serve as the finale for the Sonic 1 adaptation, but not Sonic Legacy. Sonic and Tempest trek through Scrap Brain Zone, which like in the games, is Eggman's city of doom and filled to the brim with death traps such as buzz saws and flame throwers not to mention the mad doctor's robots. Along the way, Tempest gets captured and Sonic ends up in the infamous Labyrinth Zone-like area of Scrap Brain Zone Act 3 which is before Final Zone.
After navigating his way safely through it, Sonic reaches Eggman and confronts him as well as Eggette before defeating the two villains and saving Tempest. The two heroes head back to the beach and hang out for a while before Sonic goes after Eggman, who got away after the battle, in the Tornado, setting up the Sonic 2 arc and ending the Sonic 1 adaptation...

Thoughts:
Sonic Legacy is... really, really good, super creative, the best Sonic comic up there with the Archie Sonic comics and all other works be it official or fan made. I am enjoying this series and I like Tempest, she's a cool character and has a sweet design. If any of you have time, go ahead and read the comic, its fun and has great charm to it.
Anyways, its time for me to go now.
Bye!