Salutations out there, James M here and we're about to discuss the Top 10 Godzilla movies... 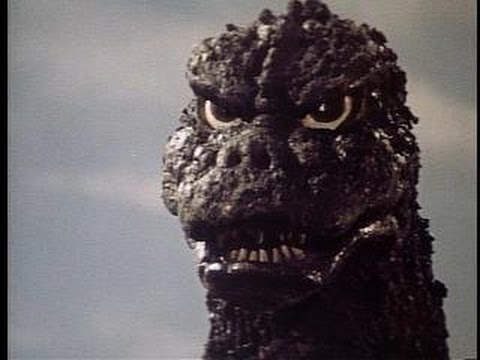 "SKREEEEEEEEEEEEEEEEOOOOOONNNK!"
Over the course of his 6-7 decade long history, the king of the monsters has had countless movies, over thirty something of 'em all. So its best to discuss the top ten and see which is the best of all. Before we begin, I just want ya to know that this is a top ten and not all movies will be ranked.


10. Godzilla aka Godzilla King of the Monsters
How can we not start off the list with the film that started it all. Starring an incredible cast and releasing at a time when the memories of WW2 and its horrors were fresh in everybody's mind, Godzilla 1954 kicks off the Kaiju genre and marks the beginning of a new era in movies. This film is totally worth a watch if you have the time. Be it the American version or the uncut Japanese version, Godzilla 1954 is super awesome.

\
9. GODZILLA 1998
America's very first Hollywood-made Godzilla movie and released near the end of the 90s just three years after the release of Godzilla vs Destoroyah, the movie takes the series in a whole new direction and gives Godzilla a new look. Though it wasn't well-received, this movie is still great and actually not that bad. Starring Mathew Broadrick and a cast of great actors, this film tells a compelling plot and pays respect to not just Godzilla's origins but to Jurassic Park. Godzilla 1998 is my favorite...

8. King Kong vs Godzilla (1962)
The battle of the century, the king of the monsters versus the king of Skull Island, who will walk away victorious? Released just 7 years after Godzilla's first sequel, Godzilla's biggest challenge is the beast who served as inspiration for him in the first place; King Kong. With the two of them about to meet again very soon, its best to see this film at some point to see how the two titans' first encounter played out and how the big battle ended.

7. The Return of Godzilla/Godzilla 1984/Godzilla 1985
Released nearly ten years after Terror of Mechagodzilla, Godzilla 1984 returns the Big G to the big screen and reboots the franchise, making Godzilla a force to be reckoned with again as this movie ignores all else in between with the exception of the original Gojira 1954. Including great special effects, soundtrack, epic plot and a great cast, Godzilla 1984 is the best movie out there and sees Raymond Burr return to reprise his role as Steve Martin from the first movie... in the American edit that is...

6. Godzilla 2014
Hollywood's second Godzilla film. Directed by Gareth Edwards and released around the same time as the Big G's looming 60th anniversary just ten years after Toho's last film, Godzilla 2014 is an epic monster action movie that is worth a watch. I wouldn't worry about Godzilla's design in this film though nor think of it as Legendary just had make him look hideous. Either way, great movie.

5. Godzilla vs Biollante
Just as Godzilla was meant to be a warning against nuclear weapons, you might say this film also serves as a warning against biological warfare. Released 4 years after the last movie, Godzilla finds himself going up against a plant monster named Biollante. Is this film cool? Yes it is. Does the Big G look scary? Yes, yes he does.

4. Shin Godzilla/Godzilla Resurgence
With the success of the 2014 American Godzilla, who could've thought Toho would follow suit with their first Godzilla movie since Final Wars? Released twelve years after 2004's Godzilla Final Wars and 2 years after Godzilla 2014, Shin Godzilla serves as a massive continuity reboot as it revolves around Japan trying to combat the threat of a huge monster that comes ashore and wrecks Tokyo. The monster? GODZILLA himself. However, this version of Godzilla is hideous, can change shape and is one ugly monster. Go ahead and watch it if you want to risk being scared by Shin.

3. Godzilla 2000 Millennium
The first in the Millennium series, Godzilla 2000 released in 1999, just one year by Toho after Tristar's Godzilla 1998, and was one heck of a movie, featuring an all new Godzilla as he attacks Japan and faces the threat of aliens who came here thousands of years prior. Ironically, despite having a PG rating, this movie feels as though it should've gotten a PG-13, but its still good anyway.

1. Godzilla Final Wars
The final entry in the Millennium series, the 50th anniversary title and the big finale to the Godzilla saga for the time being, TOHO went all out with this movie in terms of plot, pacing, action and execution. Starring a wide cast of characters and monsters, Final Wars pays tribute to Godzilla's (at the time) 50 year history and serves as a great send off to the series until the next movie came. Even though it can be weird at times, this film is worth watching...

Do you agree with my picks?
See you next time!