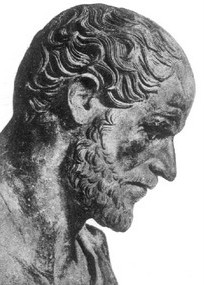 Nature abhors a vacuum.  What does that really mean?

"Aristotle argues, that if there is such a thing as a void, then it would be a place with no thing in it. Having defined a void, or a vacuum, as a place with no thing in it, Aristotle goes on to argue that no such voids can exist. Thus, the Aristotelian universe is a so-called plenum. We here find the seeds of the medieval doctrine that 'nature abhors a vacuum.' " Evolution of the Concepts of Space and Time: Chapter 5

In my life, it simply means whenever there's a hole due to the end of one thing, something else comes along to fill it up.  Hubby claims it as physical space and the one time he managed to completely clear out the garage was just before we married.  It was blessedly empty and clean for a very short period of time. Then I moved in and filled it up again.  *grin*  Which will be 20 years in August.   I filled the empty spots in his life, both physically and emotionally.  Awe.  Anyway, I digress.  11th grade is ending and 12th grade curriculum has been ordered,  I'm down to only facilitating one more class at WVU, and I had a moment of boredom the other day.  Imagine that?  So what did I do?  I signed up for a Short Story Workshop through Writer's Digest.  I started reading Fierce on the Page which sparked the writing engine to life.  I vowed to write everyday, in whatever form it took. And I somehow managed to agree to lead a read and discussion of War and Peace with my 52 Books group.   Hmmm! Do you hear that?  I think Aristotle is calling my name.