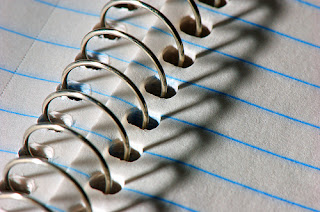 The universe is trying to tell me something.  I signed up for the Writer's Digest Short Story class which began last week.  My muse has been hitting me on the head the past few days with TLC's Waterfalls.  I've had the chorus lyrics running through my head for the past couple nights:


Don't go chasing waterfalls.
Please stick to the rivers and the lakes that you're used to.
I know that you're gonna have it your way or nothing at all,
But I think you're moving too fast.

Then yesterday, she finally got through to me. The title of a story.  Yep, Chasing Waterfalls,  along with a couple character names and a inkling of an idea.   Then realized today I'm not quite ready to start writing just yet, so it wouldn't work for the WD class. So decided I'd work on Yellow Belly Shoppe for Cowards. It's one I began while taking classes at WVU and never quite finished it.

I keep running across the idea of writing 52 short stories, one a week,  ala Ray Bradbury everywhere on the internet the past few days. And Sage Cohen had mentioned it as well in Fierce on the Page.  Which lead me to Write Practice and Joe Bunting's Let's Write a Short Story.  While I was downloading it, also saw James Scott Bell's How to Write Short Stories which I just had to get.   I just finished reading Bunting's book and love the idea of taking the novels and characters in those stories and using them for short stories.  It serves as a way to get deeply into the characters and their motives and lives.  I've been considering a short story for Greg so I know I'm headed in the right direction.

I was sitting here thinking I needed a theme for July for the blog and the universe gave it to me.  Molly Totoro who just published Journaling toward Wholeness (which I'm still reading) pointed me in the direction of NaJoWriMO - National Journal Writing Month - which runs January, April, July, and October.  I'm dithering on joining although I know I should, but don't want to commit, and end up doing it anyway.  I'm commitment phobic these days other than those I've made to myself like blogging and morning pages.

The universe is yelling at me to get my thinking cap on and writing butt in gear.  Time to listen and brainstorm.
at June 19, 2017