Finished reviewing, organizing, and figuring out James final grades for 6th grade and he did pretty darn well, better than I expected.  6th grade became a year of growth, both physically and mentally.   James finally began taking initiative, worked independently on the majority of subjects, even those that required teaching by hubby or I.  He'd get up in the morning and dive right into his lessons which pleased me to no end.  We had more hits than misses this year which was a good thing.   I did discover than James and hubby think a lot alike and curriculum I thought would be easy to do wasn't because their brains just didn't get it.

Voyages in English is a hit as always and plan on continuing with it in 7th grade.  I like the layout and most of all James gets it, most of the time.   The grammar part is excellent, the writing section leaves a bit to be desired however.  Kept writing pretty informal since James enjoys writing, especially stories as long as it relates to one of his video games. Plus he likes writing letters to the various video game or tv show creators and getting responses back.  I do my best to give him careful and constructive feedback in order not to squelch his creativity. In addition we tried Wordsmith Apprentice and I'm still on the shelf about it. As long as I geared the lessons toward the topics (video game characters) he was interested in, it worked.  Otherwise, it was like pulling teeth.  He's eventually going to have learn to write about topics he really has no interest in so we'll be working on that in 7th grade.

A big miss was Hayes Outlining, Note Taking, Report Writing Skills.  Hubby had difficulties with it because it wasn't how he had learned it in school and it just didn't make any sense to him.  So that one was shelved and hubby taught outlining his way. 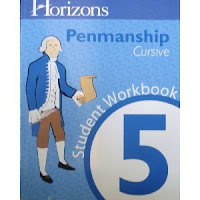 Spelling Workout is a major hit. One of James best subjects and he consistently got an A on every quiz and test.  We'll will be continuing with Level G.    Continued Cursive with Horizon's Pensmanship which combined a bit of history with writing out presidential inaugural addresses or proclamations.

Mid year we started working on reading comprehension with Peace Hill Press's Writing With Ease and following directions with Creative Teaching Press's Following Directions. James seems to prefer reading non fiction over fiction unless it is a comic book.  Discovered he's a fast reader but doesn't remember what he read so working on his comprehension skills.   And following directions - just a case of selective listening.  *grin*

Math wise, we continued with Saxon and discovered Life of Fred mid year which really changed James attitude about math and he started enjoying math, looking forward to it and practically devoured the Elementary series in 6 months.   Fred is a 5 year old genius teaching math at Kitten's University and each book tells about Fred's life in novel format and is quite humorous.  James still isn't ready for pre-algebra so we are going to continue on with the next book - 6/5 Saxon and supplement with Life of Fred. 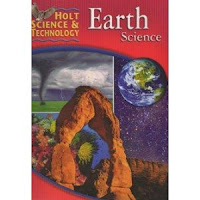 Holt, Science and Technology's Earth Science is a fantastic book and James and hubby studied about the earth and minerals, rocks, and energy.  They didn't complete as much as I wanted and thinking we may continue with it in 7th. 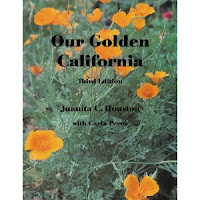 James and I read Our Golden California together and surprisingly, I learned a few things myself about the history of California. 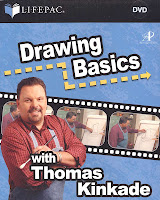 James and I continued with Thomas Kincaid's Drawing Basics and happy to say James drawing improved over the course of the year.  He loves drawing and  his walls in his bedroom are a testament to that fact.  Not sure what we are going to do for 7th grade yet, but I definitely would enjoy taking an art class or two myself. 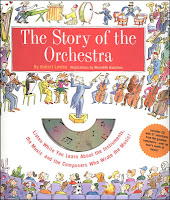 James and hubby finished the 2nd half of The Story of the Orchestra and learned all about the instruments.  Great book with an accompanying musical cd with samples of music and the instruments.  Now when they listen to the stereo they are pointing out to me the various instruments in the the songs.


I have to say it's been an interesting time homeschooling James.  Both hubby and I have discovered things we have either forgotten or possibly never learned.  It's fun doing interest based learning and I so enjoy seeing the gears turn in James's head, see the spark when he gets it or discovers a new interest.  Yes, there are frustrating days when you want to tear your hair out because it seems he's forgotten every single thing he's learned.  And then there are those days when he's flying and it makes those hair pulling days all seem worth it.  But you know what?  I wouldn't have missed it for the world.