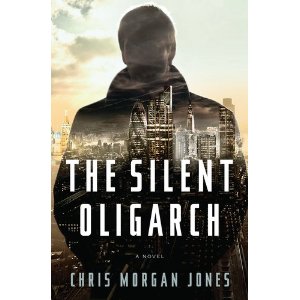 Synopsis:  Deep in the Russian Ministry of Natural Resources sits a nondescript bureaucrat named Konstantin Malin. He draws a nominal government salary but from his shabby office controls half the nation's oil industry, making him one of the most wealthy and feared men in Russia. His public face is Richard Lock, a hapless money launderer bound to Malin by marriage, complacency, and greed. Lock takes the proceeds of his master's corruption, washes them abroad, and invests them back in Russia in a secret business empire. He knows little about Malin's true affairs, but still he knows too much.
Benjamin Webster is an investigator at a London corporate intelligence firm. Years before, as an idealistic young journalist in Russia, Webster saw a colleague murdered for asking too many hard questions of powerful people; her true killers have never been found. Hired to ruin Malin, Webster comes to realize that this shadowy figure might have ordered her gruesome death, and that this case may deliver the justice he has been seeking for a decade.


As Webster peels back the layers of Malin's shell companies and criminal networks, Lock's colleagues begin dying mysteriously, police around the world start to investigate, and Malin begins to question his trust in his increasingly exposed front man. Suddenly Lock is running for his life- though from Malin or Webster, the law or his own past, he couldn't say.

Chris Morgan Jones debut novel in the United Stated The Silent Oligarch was previously published in the UK as An Agent of Deceit.    It was interesting story but got off to a slow start with more drama than thrills. It had all the elements of a classic espionage story and though it was well researched and well written, the characters failed to leap off the page.  I like my stories with a bit more emotion and heart pounding, nail chewing suspense and unfortunately it was lacking. All the elements were there, just didn't quite hit the mark.

Be sure to check out the rest of the tour and find out other thoughts and experiences about the story.

Other thoughts:  (uk version An Agent of Deceit)

It's a Crime:
"This is a very solid debut from Morgan Jones and one in which he achieves a rare thing: making the machinations of the backroom boys intriguing.  And on this outing, I suspect his further novels will be even better."

Hugh Carnegy of FT.Com
"An Agent of Deceit is a worthy entry to the long line of spy yarns, and a reminder of how little we still know of wealth and power in Russia, for all the public visibility of the 21st-century oligarchs."