Men Who Walk the Edge of Honor Series by Lori Foster 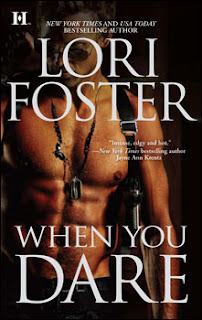 Professional mercenary Dare Macintosh lives by one hard and fast rule: business should never be personal. If a cause appeals to him and the price is right, he'll take the mission he's offered. But then the lovely Molly Alexander asks him to help her track down the men who'd had her kidnapped—and for the first time, Dare's tempted to combine work with pleasure.
Fiercely independent, Molly vows to trust no one until she's uncovered the truth. Could the enemy be her powerful, estranged father? The ex-fiancé who still holds a grudge? Or the not-so-shy fan of her bestselling novels? As the danger heats up around them, the only anchor Molly has is Dare himself. But what she feels for him just might be the most frightening thing of all… 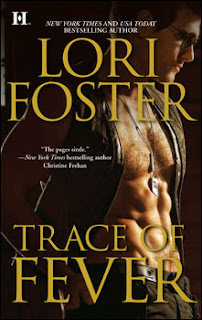 Undercover mercenary Trace Rivers loves the adrenaline rush of a well-planned mission. First he'll earn the trust of corrupt businessman Murray Coburn, then gather the proof he needs to shut down the man's dirty smuggling operation. It's a perfect scheme—until Coburn's long-lost daughter saunters in with her own deadly plan for revenge.
With a smile like an angel and fire in her eyes, Priscilla Patterson isn't who she seems to be. But neither is the gorgeous bodyguard who ignites all her senses. Joining forces to plot Coburn's downfall, Priss and Trace must fight the undeniable heat between them. For one wrong move, one lingering embrace will expose them to the wrath of a merciless opponent…. 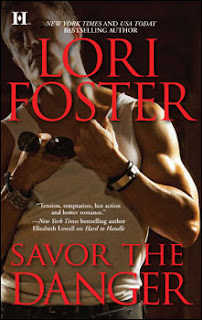 She may be aloof, and more pretty than gorgeous, but Alani Rivers is the kind of woman a hot-blooded mercenary can't forget, no matter how hard he tries. So when Jackson Savor wakes up next to the naked, sleeping beauty—with no memory of what happened—he knows he's been drugged… even if Alani doesn't.
After she was kidnapped, Alani swore she'd never trust another man again. Still, something about this strong, sexy hero with the tender touch makes her want to believe him. As Jackson hunts downs a mysterious intruder, he swears he'll move heaven and earth to keep Alani safe. But what really happened that night? And will the truth bring them closer than they ever thought possible—or put Alani squarely in harm's way again?

*sigh*  Lori Foster had done it again with the Men Who Walk The Edge of Honer Series.  Three handsome, tough men and three feminine yet strong women who don't let the men walk all over them.

In When You Dare, Dare has gone on a covert mission to rescue Trace's sister from sex slave traders.  He also rescues another young woman, Molly, whose being held captive and badly beaten.  He decides to help her and find out who was behind the kidnapping and why.  He breaks his own rules and takes her into his home to care for her.  Repeated attempts are made on her life and until Dare discovers whose behind it, he doesn't plan on letting her leave.

In Trace of Fever, Trace continues the search to bring down the people who kidnapped his sister.  He's infiltrated a sex slave trader's business and worked himself up to personal bodyguard for Murray Coburn.  Then Priscilla appears, claiming to be the daughter of Murray.  Murray is a slime ball and has an even slimier girlfriend whose quite sadistic.  Trace does his best to protect Priscilla, when she doesn't want to be protected because she has ulterior motives when it comes to Murray.


In Savor the Danger, Savor has been attracted to Trace's sister for quite a long time.  When he walks up one morning to find her in his bed, but can't remember a thing, she is hurt and insulted. He goes after her and when she realizes he was drugged, protects him from her angry brother Trace, plus wants to help figure out what happened.  His being drugged leads back to the sex slave trade ring.  Amidst it all, savor's dead set on finding out the details of what they did the night before, what he finally said that convinced her,  since he's been fantasizing about her forever.


All three books are built to stand alone, but all the characters are involved in the storyline.  The stories are full of action, twists and turns, humor and steamy romance. The books are available in paperback and ebook format.  Which made it nice since I loved reading the stories so much I purchased the ebooks so I could continue reading the story on my nook while doing the treadmill.


Thank you to Lori's publicist for providing me with review copies of the books and to Lori for creating interesting and delightful characters.   For more information about Lori and her books check out her website.

Also check out her paranormal Servant series written under the name L.L. Foster.
at August 19, 2011