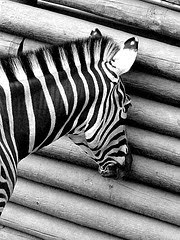 James decided he wanted the Nintendo DS game "Mario and Luigi Partners in Time" which was released in 2005.   We went online and it wasn't available new online from Amazon or other stores, nor was it available in the box stores.  Game stop said they had a used one and we drove over to the store, but low and behold - no they didn't.  At that point, I was done. But James, being very persistent, talked to Father who said "I'll find it for you son."

I came home from work the other day to find the two of them online at Amazon checking out the used sellers.   Now I've got nothing against the used sellers on Amazon but when it comes to buying used, I will only buy from 1) someone I know or 2) a legitimate box store such as Game Stop.   We get a lot of customers who buy used equipment which was advertised as in perfect working order and end up bringing it to our shop for repair. Thank you - Ebay.

However, they had made up their minds and purchased the game.  The game arrived in the mail and James excitedly tore open the package and disappeared into his room.  A couple minutes later, I hear "Hey, what's wrong with this, it's going blank."   I go in and he shows me the screen - dark, nothing happening.   I turned off the DS, take out the cartridge, examine it for dust, etc., pop it back on and try it again.  It goes through the opening sequence, then goes blank.   We try it a few more times with James saying

"Sorry, hon...look like you got a defective game."   When Father comes home, he examines it under the magnifying glass and then he tries it.   Still no go.

Father calls me at work the next day.  He had called Nintendo and lo and behold, according to the code on the front of the disk, IT'S A FRAUD.   It's not used, which Nintendo doesn't have a problem with, it's a bootlegged game someone made.    And guess what, Nintendo DS has some sort of fail safe in it that prevents these games from being played.

I emailed the seller, without mentioning the fact the game is bootlegged, just defective and won't work and and he/she said they would refund our money.   If you want to know who they are, email me.  I won't out them here on the blog unless we don't get our money back.

After all this, I explained, quite adamantly, to James and Father that if a game is not available new, then it is not available.... Period, end of story, end of discussion, drop it, let it go, I don't want to hear about it again.