100 Greatest Science Fiction or Fantasy Novels of All Time?

I came across this list "100 Greatest Science Fiction or Fantasy Novels of all Time" on This Recording.  The list includes all the novel covers so if the title doesn't sound familiar, the cover may spark a cell or two of remembrance.  I've read about 20 of the books and have several more in my TBR pile waiting to be read.  Remarkably, there are a few authors and books I've never heard of such as Thomas Disch's Camp Concentration, Kingsley Amis The Alteration, Yves Maynard's The Book of Knights, Vladimir Nabokov's Pale Fire or Mikhail Bulgakov's The Master and The Margarita.

What do you think?  Does A Clockwork Orange or Flowers for Algernon belong on the list?


And this is interesting 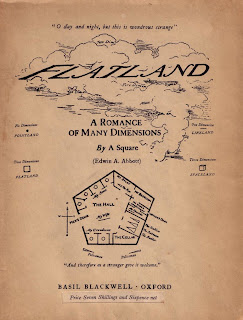 Does it remind you of anything?   Lost Perhaps?  The diagram reminds me of the rooms below the Hatch


1. The Book of the Long Sun by Gene Wolfe

2. The Moon Is A Harsh Mistress by Robert Heinlein

3. The Dying Earth by Jack Vance

4. The Dispossessed by Ursula K. LeGuin

8. The Book of the New Sun by Gene Wolfe

9. The Left Hand of Darkness by Ursula K. LeGuin

10. A Clockwork Orange by Anthony Burgess

12. Planet of Adventure by Jack Vance

14. All My Sins Remembered by Joe Haldeman

15. The Man in the High Castle by Philip K. Dick

16. The Master and the Margarita by Mikhail Bulgakov

18. Stranger in a Strange Land by Robert Heinlein

20. The Fifth Head of Cerebus by Gene Wolfe

21. The Wonderful Wizard of Oz by L. Frank Baum

22. Alice in Wonderland by Lewis Carroll

24. The Cadwal Chronicles by Jack Vance

25. I Am Legend by Richard Matheson

28. More Than Human by Theodore Sturgeon

30. A Fire Upon The Deep by Vernor Vinge

31. A Wrinkle in Time by Madeleine L'Engle

32. Citizen of the Galaxy by Robert Heinlein

33. The Hyperion Cantos by Dan Simmons

39. The Hitchhiker's Guide to the Galaxy by Douglas Adams

42. Farmer in the Sky by Robert Heinlein

46. The Baroque Cycle by Neal Stephenson

48. The Demon Princes by Jack Vance

49. The Fountainhead by Ayn Rand

50. The Wizard Knight by Gene Wolfe

51. The Wizard of Earthsea by Ursula K. LeGuin

53. The Forever War by Joe Haldeman

54. The Book of the Short Sun by Gene Wolfe

60. The Wheel of Time by Robert Jordan

61. The Book of Knights by Yves Maynard

63. Flowers for Algernon by Daniel Keyes

64. At the Mountains of Madness by H.P. Lovecraft

66. The High Crusade by Poul Anderson

67. The Diamond Age by Neal Stephenson

68. The Gods Themselves by Isaac Asimov

69. Flow My Tears The Policeman Said by Philip K. Dick

70. The Martian Chronicles by Ray Bradbury

71. The Mists of Avalon by Marion Zimmer Bradley

80. Watership Down by Richard Adams

81. The Anubis Gates by Tim Powers

82. The Dragonriders of Pern by Anne McCaffrey

83. The Alteration by Kingsley Amis

86. A Canticle for Leibowitz by Walter Miller

87. Speaker for the Dead by Orson Scott Card

88. Song of Kali by Dan Simmons

91. Danny, The Champion of the World by Roald Dahl

93. An Evil Guest by Gene Wolfe

97. The Three Stigmata of Palmer Eldritch by Phillip K. Dick

98. Beggars in Spain by Nancy Kress

100. The Word For World Is Forest by Ursula K. LeGuin