After reading the humongous Walls of Phantoms and a few other serious review books I had promised to read, I needed a break and went on a romance and romantic suspense kick.

Last Series by Mariah Stewart -- I discovered Mariah last year and have been working my way through her books. The Last series continues with the Shields siblings from the Dead series and highlights Andrew, Mia and Connor Shields. Romantic suspense novels which are very well written and keep you riveted throughout the stories.

Continuing with my Mariah kick of the moment - Forgotten is a creepy one about a murderer who kidnapped and killed a number of boys and is in prison for life. One of the mother's is dying and wants the murderer to reveal what he did with her son, so she can die in peace. In the process someone is copying the killer and shadowing the FBI agent Portia Cahill and she ends up having to team with the attorney, James Cannon, who once defended the murderer. Well written. 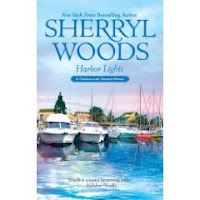 Harbor Lights by Sherryl Woods is a first time author read and one I picked up while perusing the shelves at Save Mart. Romance story about widowed father Kevin O'Brien who moves back to Chesapeake Shores and his relationship with new comer Shanna Carlyle. He is trying to figure out what to do with his life and Shanna is recovering from her broken marriage to an alcoholic. Kevin has one of those very involved, extended families with lots of sisters and meddling relatives. The story is amusing as well as heart warming. It actually is a well written story and I will definitely look for more by Sherryl Woods. 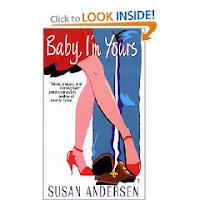 Baby I'm Yours by Susan Andersen who blogs at Running with Quills. I'm slowly working my way through the authors who blog at Running with Quills and this is a first time author read for me. Enjoyable story, humorous, sexy and full of suspense. Back Cover: "The last place Catherine MacPherson ever expected to find herself was sitting on a Greyhound bus, handcuffed to a surly bounty hunter, with only a suitcase of her twin sister's flashy, shrink wrap clothing to wear! Just two hours ago, the respectable schoolteacher was sitting quietly at home when this big macho hunk crashed through her door, mistook her for her errant Miami showgirl sister, and hauled her off in his strong arms. And no matter how sexy he is, she's furious." It's non stopp action as Catherine figures out ways to escape Sam, try to prove she isn't her sister and also keep away from the bad men who think she is her sister. 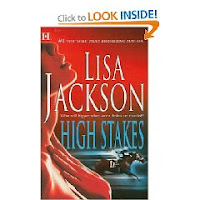 A reprint of two classic stories by Lisa Jackson - Gypsy Wind and Devil's Gambit. Both women in the stories are owner's of horse breeding farms and the drama involves their race horses. The stories are interesting, however the characters were a little bit too dramatic for me and the descriptions of various body parts while the characters were involved had me laughing and shaking my head. Standard fare for harlequins written in the 1980's. Now I remember why I quit reading them.