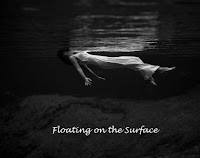 
The backstory is Samantha retired from teaching at a private affluent school due to an attack which left her partially disabled. The person who attacked her skipped the country because he thought he had killed her. He had mafia ties and thought she overheard something. Did she? She turned to writing and has had two books published. One of them semi biographical from her experiences. She's basically been living under the radar somewhere in New Mexico for three years while she recovers.

Her two brothers currently reside in Holly River Valley, Oregon - one is the Abbott of the monastery and the other has a professional contracting business. Her brother's business partner, Jacob is also her good friend and brother to Benjamin. She travels to Holly River and meets Jacob's brother, Benjamin who becomes the love interest. He is a master sculptor and facing a life decision. While visiting she comes up with an idea for a story - involving the monastery, bats, detectives, sculptures and a mystery. Hence the birth of "Eyes in the Ashes" which will be my 2009 Nano.

Brothers are in the process of building a Catholic Elementary School and will be needing a principal. So talk her into moving for mutual benefit of she picks their brains for her book and they pick her brains about how to run school and best person to hire. In the midst of all this, someone mails a copy of her book to the villain and he returns to finish the job. 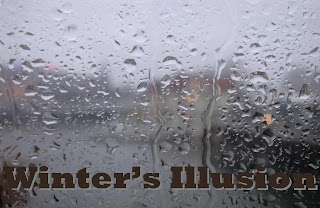 Synopsis: Dr. Winter Eliza Scott is a psychologist who has been hired to work at a private coed boarding and day high school. Her boss and co-worker Dr. Brent Blake seems the slimy sort and something is going on at the school. Female teachers are disappearing, 2 professors tell her the exact same dream in graphic detail, students are acting fishy and something is going on in the middle of night in either the computer lab or the auto shop. And they thought she wouldn't notice. What happens when they realize she's more observant and smarter than they thought. Is her life in danger? What will she do? Who will she tell? Will she get away? 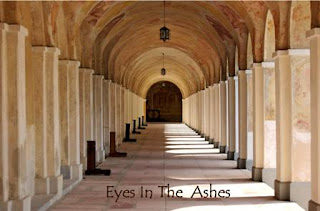 Possible Title: Eyes in the Ashes
Mystery in a monastery


Rough idea: Isabella (no last name yet) is an ethologist, she studies bats. She is hired to study new type of bat found at a Monastery or remove and find a new home for bats who are nuisance. In the process they discover bones. Mystery of who the person or persons were. Old bones or someone murdered. Former cop or detective on sabbatical at the monastery - they get involved while solving the mystery. Project currently being researched