BW50: Creativity and Books on the Nightstand 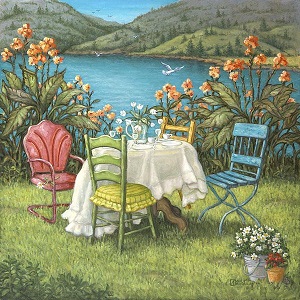 It's book week 50 in our 52 Books quest and our last 52 Books Bingo Category for the year is Creativity, my favorite subject. It's time to unleash your inner Creativity.

Creativity takes all shapes and forms from the physical to the intellectual, from the deliberate to the spontaneous.  Whether you have a creative mind or creative hands, there are a wide variety of ways to be creative and things highly creative people do differently.   What is the difference between Artistic and Creative ability?   And then there is Creative Leadership Lessons from Star Trek.    What do you think?

15 Books About Creativity to Get You Out of a Creative Rut.  One book I revisit over and over is The Artist Way by Julia Cameron which unlocked my imagination.

Creativity books added to my shelves to read through out next year:

Finished Louise Penny’s The World of Curiosities which was quite good which included the origin story of how Gamache met Beauvoir and brought him into the surete. How that origin story ties an old mystery and a new mystery together. A few red herrings are thrown in along with some vague clues, a few twists and turns, and it made for interesting reading.

The next book up is Bluebird, Bluebird by Attica Locke

"When it comes to law and order, East Texas plays by its own rules -- a fact that Darren Mathews, a black Texas Ranger, knows all too well. Deeply ambivalent about growing up black in the lone star state, he was the first in his family to get as far away from Texas as he could. Until duty called him home.

When his allegiance to his roots puts his job in jeopardy, he travels up Highway 59 to the small town of Lark, where two murders -- a black lawyer from Chicago and a local white woman -- have stirred up a hornet's nest of resentment. Darren must solve the crimes -- and save himself in the process -- before Lark's long-simmering racial fault lines erupt. From a writer and producer of the Emmy winning Fox TV show Empire, Bluebird, Bluebird is a rural noir suffused with the unique music, color, and nuance of East Texas."