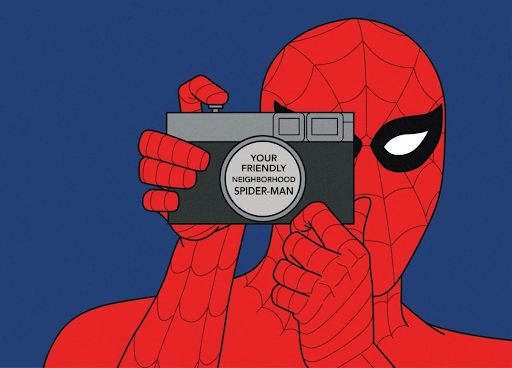 Welcome back, dear true believers and Marvel nerds.  Time for us to wind back the clock to a decade that seems to be popular for pure cheese at its finest when it comes to TV shows and movies. But out of all the cheesy things to come from the 60s, we're looking at something amazing, something that is so iconic it will never be forgotten.

I'll clue you in, who has radioactive blood and spins a web?

Oh yes, we're talking about the 1967 animated series based off the Marvel comic and superhero known as Spider-Man, starring the late Paul Soles as the voice of Peter Parker aka Spider-Man.

Right off the bat, each episode kicks off with an amazing theme tune that has gone on to become very iconic with Spider-Man history to this day and is considered Spider-Man's theme now and then. C'mon, who doesn't love the lyrics; /Spider-Man, Spider-Man. Does whatever a spider can, spins a web any size. Catches thieves, just like flies. Look out, here comes the Spider-Man./

If you want to hear the full song, the link is here in this review: https://www.youtube.com/watch?v=5Z8N9TTvKeQ

Airing from, of course, 1967 to the year 1970, SPIDER-MAN ran for three seasons and each episode saw the web-slinger battling a variety of foes who originated from the comics or were created for the show . And often depicted Peter working for the Daily Bugle ran by none other than lovable, near-unlikable Hitler-mustached loudmouth J. Jonah Jameson.

My father saw this show years ago and we eventually sat down together to see some episodes during our days together in 2021, and, for a TV series with a decades-long legacy, Spider-Man 1967 is quite decent. The animation is smooth and the voice actors put a lot of effort into this one. My first episode of the show just happened to be the one where Spider-Man ended up in a jail hospital and tricks a band of criminals in order to get out of the hands of the police.

It was dad who suggested that we see it, even though I didn't hold any interest in it then. But after that, the seeds for us watching the show were planted and we watched almost every single episode of it on Dailymotion and on YouTube. Having seen Spider-Man 1967, I can see why countless Marvel fans like this so much and why the internet makes memes out of this.

Paul Soles brought a wonderful Spider-Man/Peter Parker voice to the table and this man is unforgettable. He's almost like the Adam West of Spider-Man actors, except he's a voice actor for an animated Spider-Man and Adam West was the second live-action Batman after the 40s show.

My overall thoughts on Spider-Man 1967?

Its one of the best pieces of media to come from the 1960s and is a part of superhero media history, Spider-Man is worth watching and people should know about this cheesy part of Spider Man's long history in the multiverse of media. My score for this is a 9/10, cheesiness is so yummy. Thank you all for tuning in and have a great day, be safe out there, true believers...