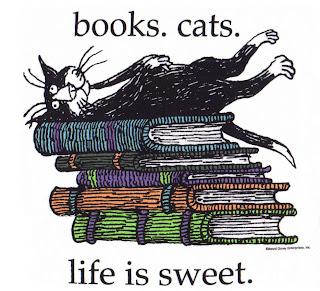 I'm procrastinating and should be writing but still mulling over the scene, so instead web browsing.

We asked, you answered: Your 50 favorite sci-fi and fantasy books of the past decade More books to add to my stack. However I already have several books on my shelves yet to be read such as Circe, Piranesi, Three Body Problem. Should probably move them up in the stacks.

If you're a star trek fan, Brent Spiner has written a book and a trailer shows part of his discussion with Gates McFadden. They've aged gracefully.


The HWA Crown Awards shortlists 2021 - I've already added The Devil and the Dark Water to my stacks. Sounds like a great spooktacular read.

"It's 1634, and Samuel Pipps, the world's greatest detective, is being transported to Amsterdam to be executed for a crime he may, or may not, have committed. Traveling with him is his loyal bodyguard, Arent Hayes, who is determined to prove his friend innocent. Among the other guests is Sara Wessel, a noblewoman with a secret.

But no sooner is their ship out to sea than devilry begins to blight the voyage. A strange symbol appears on the sail. A dead leper stalks the decks. Livestock dies in the night.

And then the passengers hear a terrible voice, whispering to them in the darkness, promising three unholy miracles, followed by a slaughter. First an impossible pursuit. Second an impossible theft. And third an impossible murder.

Could a demon be responsible for their misfortunes?

With Pipps imprisoned, only Arent and Sara can solve a mystery that stretches back into their past and now threatens to sink the ship, killing everybody on board."

The movement to put translators’ names on book covers is working.

Back to Agatha Christie: The Mysterious Affair at Styles and the Inception of Hercule Poirot. My first AC read and so far, the favorite.

I love to reread and revisit stories. A friend pointed out this article on Argh Ink about Re readability. Go read it and then come back. Finished?

What keeps me coming back to a story. The writing most of all and how the author paints the picture of the world the characters live in. I have to like the characters, otherwise I don't really care. I love being drawn into their story and the world they build within the book. Do they draw me in and make me laugh or cry and think, I love characters with humor and wit, I love ensemble casts and how they react off of one another. which is probably why I love series books so much. Mix in an intriguing story line with lots of mystery and surprise me with the twists and turns, sometimes spine tingling thrills. I also like ones that really makes me think and I want to read over and over again because I get something new out of it each time.
😘