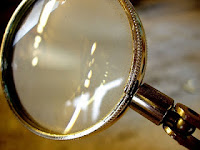 It's week 10 in our 52 Books Quest and the next category in 52 Bingo is Cunning Capers.  In the mood for a sting, a heist, a hold up, perhaps a little breaking and entering and a five fingered discount? Perhaps a cozy mystery that is clever and adventurous, maybe humorous or audacious.

There seems to be a number of ways to go - with an ensemble cast, a bungling burglar, a devious dog or even a rat, or cat, or two.  Throw in a bank heists, train robberies, book swindling, or perhaps a supernatural, magical or real life event and settle in for the ride.  Oh the drama of it all.  *grin*

My cunning caper read just coincidently turned out to be the book I just finished - Nora Roberts Three Fates which was supposed to be a reread but I think it was a used book I bought that got lost in the shelves and forgotten and I thought I had read it because I didn't remember a thing about it.  Hee hee!  With the sinking of the Lusitania, a thief, lose, grief, connections, and of course love, Roberts spins an Interesting story with twist and turns about the three silver statues the three fates and how they were stolen, lost, then stolen again.

Also finished Tea with the Black Dragon which was somewhat convoluted and things that seemed simple were not.

"Martha Macnamara is called west to San Francisco by a message from her daughter Elizabeth, a computer programmer. When she arrives, however, Elizabeth has disappeared. Mayland Long, an Asian gentleman who is skilled in both human and computer languages — and who may be a transformed 2,000-year-old Chinese dragon —aids Martha in her search for her daughter. As they search for clues to Elizabeth's disappearance, they discover hints that Elizabeth is involved in a dangerous crime."