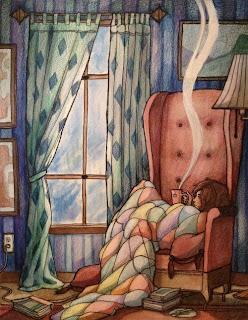 No idea what woke me up,
I try to fall back asleep.
Images coalesce and scrape and scurry
across the backdrop of my mind.
Are blades of grass like grains of sand with
a story in every one?
A memory of childhood playing eye spy,
fascinated by insects on the lawn.
A ladybug clings to the green before winging away.
A bug you can't quite identify,
stalks an ant through the jungle of grass.
Innocent hours while away the day.
A far sadder thought knocks open another door.
You took copious notes, two hours on the phone,
as she reported another argument gone awry.
Just when you thought she was out, she's not.
The pastor thinks he can heal him, her, them.
He promises again to change if she'll stay.
He promises again they'll work it out..someday.
Each day is different with he said, she said.
The restraining order so painstakingly
filled out as you listened to her cry; he lies, she tries.
Remnants of their tattered tales, confetti on the floor.
Did she ever make it out the door?
I have no idea why I chose that quest,
and wonder if I'd helped the rest.
Hail Mary, full of grace...
Perhaps a different space,
maybe it's time to read.
Drifting now, eyes half mast
Melvin meows to be put out.
I stumble to the door.
Sigh...
The fan hums,
the heater pops and warms,
and hubby snores on.

Email ThisBlogThis!Share to TwitterShare to FacebookShare to Pinterest
Labels: 2020 Writing, A to Z Poetry