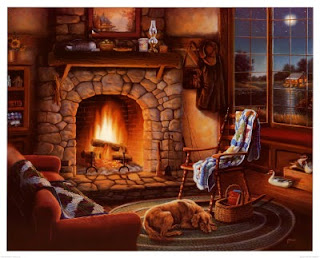 It's warmed up to a sunny, chilly 46 at the moment and I can't complain because we aren't snowed it.  The larder is full, the laundry is done, and the salmon is defrosting.  Today is a day for reading and relaxing.   I'm happy to say February was a good month, a short month which I totally forgot about. I feel like I'm missing some days.  I'm currently reading Angelology by Danielle Trussoni. which I'll be reviewing for TLC Book tours on March 1st. I'll be the first stop on the tour so be sure to drop by.

Amazon synopsis:  A covert age-old war between angels and humans serves as the backdrop for Trussoni’s gripping tale of supernatural thrills and divine destinies. Sister Evangeline, the secretary who handles all inquiries concerning the archives of angel arcana at an upstate New York convent, receives a letter from researcher V.A. Verlaine inquiring about an unknown link between the convent and philanthropist Abigail Rockefeller dating to 1943. It turns out that the Rockefellers were interested in a legendary artifact associated with an order of fallen angels. That priceless artifact is coveted by Verlaine’s employer, Percival Grigori, a Nephilim—offspring of the union between mortal and angel parents—who will stop at nothing to retrieve it for the awesome power it will give his race over humanity. Trussoni (Falling Through the Earth) anchors this fanciful dark fantasy to a solid foundation built from Catholic church history, biblical exegesis, and apocryphal texts. Suspenseful intrigues and apocalyptic battle scenes give this complexly plotted tale a vigor and vitality all the more exciting for its intelligence.

The publisher is allowing me to giveaway two copies of the book so check back on Tuesday to enter.
Check out this week's post on Read 52 Books in 52 Weeks - H is for Hitchcockian.  Have you read any of the books, Hitchcock based his movies on?  I just dug out "39 Steps" by John Buchan and will be comparing it to the movie.
I'm about to begin Week 4 in The Artist's Way and one of the tasks is reading deprivation.  Seriously!  According to Cameron:

"It is a paradox that by emptying our lives of distractions we are actually filling the well.  Without distractions, we are once again thrust into the sensory world.  With no newspaper to shield us, a train becomes a viewing gallery.  With no novel to sink into (no television to numb us out) an evening becomes a vast savannah in which furniture--and other assumptions--get rearranged."  (pg 87)

Hmm!  Can I do it?  Will I do it?  Is it possible for me to go a week without reading.   Mercy me.  I don't want to do it, but it is the best time for it since my next class doesn't start until next week. My brain is coming up with all kinds of excuses why I can't do it, which is really why I should do it   I'll still be checking emails but essentially will be unplugging.  .  It'll be a precursor to Lent.  We're still mulling over what we will be reading and studying during that period of time. Business and home school related stuff won't count. Because....


James and I are currently reading Harry Potter and The Order of the Phoenix.  One chapter a night, which takes about 30 to 45 minutes, when you read it aloud.   We're having fun doing the voices and James does an excellent Harry Potter.
I've been reading "Write for Life" by Sheppard Kominars which was a free ebook during one of Barnes and Nobles free e-book fridays.  My treadmill book.  I love the fact my nook fits so well on the lip of the treadmill.  30 minutes passes in a flash.   Has a lot of interesting information including the morning pages Julia Cameron talks about in The Artist's Way.

Speaking of reading, I've failed with the buying ban thing.  Just not happening.   This month I've picked up
"Across the Universe" by Beth Revis, "Hunting Fear" by Kay Hooper, "Switched" by Amanda Hocking, "The Weird Sisters" by Eleanor Brown , "Watch Your Back" by James Scott Bell, "Treachery in Death"  by J.D. Robb, and "Hush Money" by Susan Bischoff.

During the month of March, will be doing a readalong of Tana French's "Faithful" Place" hosted by Carrie of Books and Movies as part of the Ireland Reading Challenge.   I just read "In the Woods" this month which will be reviewing soon.  And since I was buying Faithful Place had to get The Likeness as well.  I just have to know what happens with cassie.  :)
For the A-Z title challenge, coming up next is Janeology by Karen Harrington.  Haven't decide what coming up after that.
I seemed to have slowed down a bit with my reading this month. 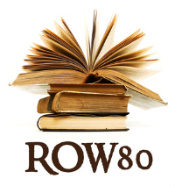 Writing wise, I'm been working every day on Red Thief and making progress.  A couple of pages a day add up after a while.  I'm pretty sure I'll finish the first draft by the end of the first round of Row80.

Check out the other Row80 rowers here and see how they are doing this fine Sunday.
Off to finish "Angelology",  plan lessons for the week and work on my list of things to do for my week of 'reading deprivation.'